Stabilizing the Retromer Protein Complex with Molecular Chaperones For Alzheimer’s and Parkinson’s Diseases.

With our aging population comes an ever-increasing incidence of Alzheimer’s disease (AD), and other age-related dementias. By the year 2050, there is forecast to be more than 13 million people living with AD in the USA, and new treatments are desperately needed to prevent this impending epidemic. There are currently no effective therapies for AD, with current clinical trials all attempting to directly target amyloid beta (Aβ) peptides thought to be the driver of neuronal degeneration. In the long term, scientists believe that we may have to use cocktails of drugs to effectively slow the disease, much as we now do for diseases such as HIV/AIDS. A new concept in AD research is that cellular processes regulating protein turnover (ie, the balance between protein synthesis and protein degradation) could be manipulated to prevent the build-up of the toxic Aβ peptides that cause neurological failure. In this work, we will be developing novel small molecules and peptides that we hope will enhance this protein turnover in neurons, and provide a starting point for designing new AD drugs.

The major diseases of neurodegeneration and dementia are at their core caused by defects in protein homeostasis. This means that either an accumulation of toxic proteins and peptides is occurring, or the normal amounts of essential neuronal proteins are reduced. One of the pillars of neuronal regulation is the control of protein degradation and recycling within internal cellular compartments. This is essential for controlling the levels of synaptic receptors required for neurotransmission. It is also responsible for the removal of toxic cellular material causing neuronal degeneration, including the amyloid β (Aβ) peptide that causes Alzheimer’s disease (AD), α-synuclein involved in Parkinson’s (PD), and defective organelles such as damaged mitochondria. One of the most fundamental regulators of internal cellular trafficking is the retromer protein complex. Retromer subunits are down-regulated in the brain during the onset of sporadic late-onset AD, and familial mutations directly cause PD in subsets of patients. Conversely, its over-expression is neuroprotective in cell and animal disease models. Because of its central importance in these neurodegenerative disorders, retromer is attracting significant interest as a therapeutic target; and recent reports have confirmed that enhancing retromer activity using a small molecule chaperone can reverse both Aβ and α-synuclein accumulation in neuronal cell models. More generally, the processes of proteostasis and endolysosomal trafficking are emerging as highly attractive therapeutic targets in a number of neurodegenerative diseases.

This project will determine the mechanism of chaperone interaction with retromer and begin to identify new molecules with greater specificity and activity. The outcomes will be a better understanding of the molecular basis of retromer stabilization, providing a necessary platform for international medicinal chemistry efforts, and improved chaperone molecules that will provide both tools for further validation of retromer as a therapeutic target and leads towards the development of future drugs.

Stabilizing the Retromer Protein Complex with Molecular Chaperones For Alzheimer’s and Parkinson’s Diseases. 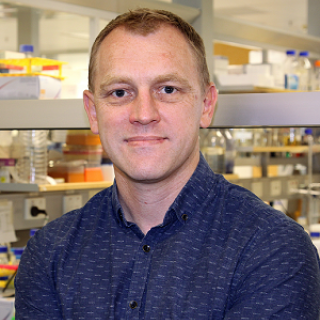