Role of Usp14 in degradation and aggregation of Tau

The goal of this project is to understand the role of Usp14, an endogenous inhibitor of natural protein breakdown machinery, in tau protein degradation and aggregation. Successful results from this project may reveal Usp14 as a novel preventive and therapeutic target for Alzheimer’s disease, whose inhibitors are expected to facilitate the clearance of toxic, aberrant tau aggregates.

Alzheimer's disease is the leading cause of senile dementia. The social costs of Alzheimer’s disease in the United States are expected to exceed $100 billion each year, but its cause and progression are not clearly understood. One hallmark of Alzheimer's disease is aggregations of a protein called “tau” in the brain. Therefore, we and others in the research community believe that Alzheimer's disease is a gain-of-function rather than loss-of-function disorder; the disease results from toxic effects of the tau protein rather than loss of the protein's ability to carry out its normal function. This implies that if one could simply reduce the level of the aggregated tau protein, a therapeutic benefit could be expected. The principal pathway for selective recognition and elimination of misfolded, damaged proteins before aggregates formation is the “ubiquitin-proteasome pathway”. The proteasome is a protease complex that serves to destroy damaged or unnecessary proteins. Ubiquitin functions to “tag” proteins for selective recognition and destruction by proteasomes. The proteasome has more than 40 separable parts--subunits--working together as an intricate machine. It is true that a substantial fraction of toxic, disease-associated proteins are substrates for the ubiquitin-proteasome pathway. Much evidence supports an idea that Alzheimer's disease may become manifest when, with aging, increasing amounts of aberrant tau protein overcomes the ability of the ubiquitin-proteasome pathway to destroy it. Based on the considerations above, we propose that enhanced proteasome activity may have therapeutic effects for Alzheimer's disease and potentially other neurodegenerative diseases as well. Based on our increasingly sophisticated understanding of how the proteasome works, we have found that enhanced proteasome activity can be achieved by inhibiting Usp14 protein, which is an endogenous inhibitor of proteasome. In this project, we are studying a simple experimental system in which tau proteins associated with Alzheimer's disease are controlled by Usp14 and proteasomes. Recently identified Usp14 inhibitors are being tested to find out whether they accelerate tau degradation and enhance proteasome activity. The results may guide a new direction in therapeutically-directed research on Alzheimer's disease. This project was originally a fellowship under Dr. Daniel Finley at Harvard Medical School. In mid award, The Principle Investigator successfully obtained an independent faculty position at Kyung Hee University.

Role of Usp14 in degradation and aggregation of Tau 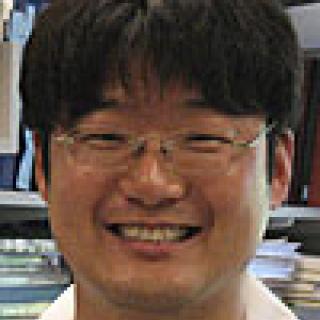