Alzheimer’s disease (AD) is a progressive neurodegenerative disorder characterized by amyloid beta (Aß) peptide accumulation which is believed to be a major pathophysiologic factor of the disease. An inflammatory component in AD has long been recognized, and it was first assumed that the chronic neuroinflammation associated with AD may be a secondary or even protective event in response to Aß deposition, and may occur only in late stages of AD. Recent genetic studies, however, identified an association between AD and mutations in genes encoding important immune mediators, eg, CD33 [an immunoregulatory receptor] and TREM2 [triggering receptor expressed on myeloid cells 2]. Their discovery highlights the role of a dysregulated immune response and neuroinflammation in AD, and suggests an earlier, and perhaps causative, role in pathogenesis.

In addition, integrative genomic analyses of human AD brain transcriptomes have provided convincing data regarding the role of microglia in the pathogenesis of AD. Microglial activation may be causative, reactive, and/or protective, perhaps varying with disease stage. For example, phagocytosis of Aß peptides may prevent their deposition into plaques. Alternatively, microglial activation leads to the release of proinflammatory cytokines that can contribute to neuronal death.

Using computational analysis, members of our team has identified TYROBP [TYRO protein tyrosine kinase-binding protein] as a causal regulator of multiple genes involved in microglia activation and its expression is increased in AD human and mouse brains.

We have proposed one of the first studies that would allow the validation of a network analysis model in AD. In particular, we will determine how TYROBP modifies and/or regulates the inflammatory response in mice in the presence or absence of mutations that lead to AD. We will perform detailed transcriptomic analysis in microglial cells and two vulnerable brain regions during presymptomatic and symptomatic stages of AD in the presence or absence of TYROBP. The transcriptomic analysis will be corroborated with behavioral tests of cognitive performance in order to assess whether modulation of TYROBP expression and microglia activation can have beneficial effects in AD symptoms.

This study should advance our understanding of the normal function of TYROBP and its role in AD, including its role as a potential therapeutic target. 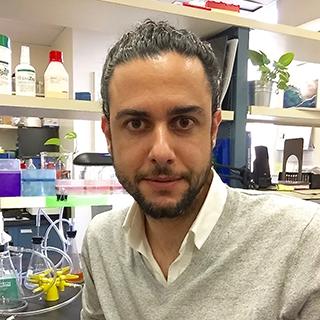