Role of Polyphosphate in Aging and Age-Related Diseases

The goal of this project is to characterize how polyphosphate changes with age, modifies amyloid-β (Aβ) toxicity, and influences susceptibility to Alzheimer’s disease (AD). AD affects millions of Americans, and with aging being a major risk factor for disease, the incidence of neurodegenerative diseases is expected to rise as medical advancements continue to improve health and extend lifespan. AD is characterized by the deposition of plaques and tangles made up of the amyloidogenic proteins Aβ and Tau throughout the brain. The neurodegeneration occurring in AD is currently thought to be due to formation of toxic oligomeric species, generated during the process of amyloid fibril formation or from shedding from mature amyloid fibrils, with prion-like cell-to-cell spreading contributing to disease progression. As a result, factors that reduce formation of toxic oligomeric species and stabilize fibril formation are predicted to protect cells from amyloid toxicity. The Jakob lab recently discovered that polyphosphate (polyP) is one such modifier of amyloidogenic proteins. PolyP, a structurally simple inorganic phosphate polymer that is found in all organisms examined to date, modifies amyloid fibril formation by increasing the rate of fibril formation, reducing the generation of toxic oligomeric species, and altering fibril morphology. Most importantly, in vivo studies revealed that presence of polyP reduces amyloid toxicity in differentiated neurons as well as in C. elegans models of Aβ toxicity, suggesting that polyP may protect against the pathological events observed in neurodegenerative diseases. As polyP levels have been found to decrease significantly with age, and with aging being a major risk factor for neurodegenerative diseases, we now hypothesize that a decline in polyP levels may contribute to the increase in susceptibility to neurodegenerative diseases observed with aging. In this project, I will utilize newly-developed strategies to characterize the role of polyP in normal aging and will determine how changes in polyP affect physiological processes associated with aging in vivo (Aim 1). Additionally, we will determine the mechanisms by which polyP protects from Aβ toxicity using a C. elegans model of AD (Aim 2). These studies will provide critical information on the physiological role of polyP in both normal aging and in AD and will further our understanding of the processes that may contribute to the age-dependent increase in susceptibility to neurodegenerative diseases. We anticipate that findings from this project will prove valuable for the design of therapies aimed to treat and manage AD.

Role of Polyphosphate in Aging and Age-Related Diseases 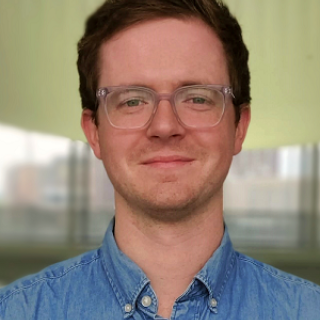