Aging alters the adult brain in ways that lead to impaired learning and memory, and an increased risk for Alzheimer’s disease (AD). A growing body of work indicate that factors in young blood have the potential to reverse age-related impairments in the brain in animal models of aging and AD. The proposed study will determine the therapeutic potential of young platelets, and platelet-derived circulating factors, to reverse neurodegenerative phenotypes in a mouse model of AD, and elucidate their downstream mechanisms of action. The results will have significant translational potential, identifying a blood-based therapeutic intervention to restore functions underlying AD-related cognitive impairments and broadly counter dementia-related neurodegenerative diseases.

The therapeutic potential of young blood plasma in the context of aging and Alzheimer's disease (AD) has generated widespread interest in the potential use of plasma administration as a direct therapy in humans. However, the identification of individual therapeutic targets within young plasma and their mechanisms of action will allow for a more feasible long-term therapy, with fewer potential adverse effects to patients. The goal of our study is to investigate the therapeutic potential of young platelets, and their released circulating factors, in treating AD-related neurodegeneration and cognitive dysfunction. As aging induces functional changes in the adult hippocampus that drive increased susceptibility to AD, we will investigate the therapeutic potential of administering young platelets, and the platelet-derived factor PF4, on hippocampus function in a mouse model of AD using a combination of cellular viral-tracing, RNA-sequencing, and behavioral cognitive testing. Efforts to identify rejuvenating and therapeutic compounds within young blood responsible for the beneficial effects of intravenous young plasma administration on brain function in aged mice and AD-mouse models have targeted almost exclusively soluble proteins. However, we have approached this challenge from an alternative perspective, identifying platelets, and platelet-derived factors, in young blood plasma as cellular and molecular drivers of rejuvenation on the aged hippocampus. From a translational perspective, our study is innovative in that it seeks to identify systemic blood-borne factors as therapeutic targets to counter disease pathology in AD. Ultimately, building upon our findings in the aging brain and our proposed studies in AD-mouse models, we aim to translate blood-based therapeutic approaches for the amelioration of functional impairments in AD patients. 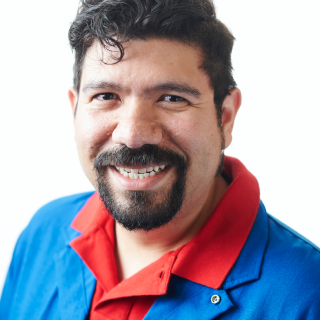