Amyloid beta interacts with fibrinogen in test tubes and prevents fibrin clots from degrading. Studying this phenomenon in living systems in addition to the role of ApoE in disease pathology will help to clarify the role of fibrin in the abnormal cerebral vasculature in Alzheimer's disease.

Alzheimer's disease is a complex disorder in which many biological factors are implicated. Despite all the research and investment efforts, the lack of a defined pathological mechanism in this disease has impeded development of an effective treatment as there are only five drugs currently approved, which have minor effects on disease progression. Therefore, new approaches are needed urgently. A large body of research implicates blood circulation as a contributing factor in Alzheimer's disease, as patients have decreased and damaged blood circulation in their brains. Also, epidemiological studies have demonstrated that the greater number of vascular risk factors, the higher the probability of suffering from this disease. The protein fibrin, the major component of the blood clots, could play an important role in the vascular component of Alzheimer's disease. We know that fibrin associates with the peptide amyloid beta, whose levels are increased in Alzheimer's disease, making fibrin clots difficult to destroy. These persistent clots could lead to vascular deficiencies and decreased blood flow, increased inflammation, and neuronal death, all of which are features present in Alzheimer's disease patients. Thus, this interaction between fibrin and amyloid beta may play a role in the pathogenesis of this disease. To explore this hypothesis, this project will involve the following experiments:

3) Examine the effect of ApoE isoforms, a genetic risk factor for this disease, on clot formation and in the fibrinogen-amyloid beta interaction.

Our hypothesis is that fibrin deposits in the brain's blood vessels of Alzheimer's patients, forming clots in which amyloid beta intercalates and blocks their degradation. This event in turn reduces cerebral blood flow and leads to the development of Alzheimer's disease. These studies will help to understand the role of fibrin deposits in the abnormal cerebral vasculature in this disease. Identification of the amyloid beta-fibrinogen interaction as a new target may lead to new therapeutic strategies for preventing or retarding progression of Alzheimer's disease. 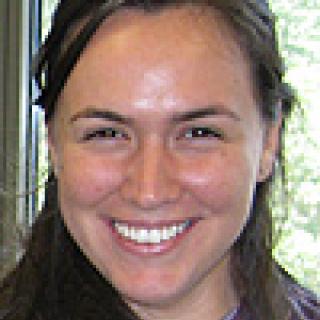