A major protein component of amyloid plaques in Alzheimer's disease (AD) is amyloid-beta-peptide (Abeta). To produce Abeta, the amyloid precursor protein (APP) must be cleaved by beta-secretase (BACE), which produces fragments, releasing soluble APPbeta (sAPPbeta). This fragment is then cleaved by a second enzyme, gamma-secretase, leaving us with Abeta. Higher levels of both BACE activity and protein concentrations were recently discovered in the brains of those with sporadic AD. Patients with Mild Cognitive Impairment (MCI), are characterized as individuals with an increased risk of developing AD in comparison to healthy controls and AD patients. We have recently reported that both the level and activity of BACE were increased in the cerebral spinal fluid (CSF) of MCI patients, which indicates that such an elevation may be an early sign of the onset of AD. However, the 'upstream' molecular mechanisms that lead to increased BACE levels still remain unclear. Based on our preliminary analysis showing increased BACE precursors in the brains of AD patients, we will focus on the process that instructs cells to produces BACE protein in the brain. We intend to study whether this process is increased during the MCI stage. We have also observed that this process is influenced by proteins involved in the body's immune response. And that a particular protein may directly regulate BACE levels. Since these immune components are also implicated during the progress of AD pathogenesis, we hypothesize that BACE level and activity, in addition to its rate of production may potentially increase during the MCI stage. Furthermore, we hypothesize that this process may be mediated by immune components, resulting in Abeta accumulation, and future onset of AD. Therefore, we will examine BACE transcriptional levels in human MCI brains and observe whether BACE transcriptional activity is regulated by immune signal pathways. 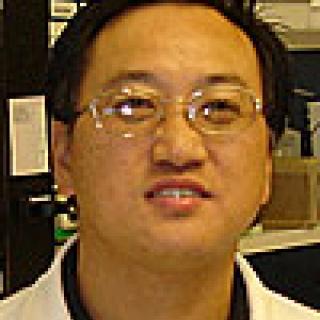