In Alzheimer's disease (AD), chemical connections (synapses) between neurons are damaged and cognition is impaired. Dr. Strittmatter’s team has found that beta-amyloid (Abeta) binds to prion protein at synapses to trigger this process. Here, the team seeks to discover and validate drugs that protect prion protein from Abeta and thereby prevent the initiation of AD malfunction.

When this study is complete, Dr. Strittmatter’s team will have determined whether drugs blocking prion protein have potential use as a therapy for Alzheimer’s disease (AD). In AD, the beta-amyloid (Abeta) protein builds up. Specific collections of Abeta, termed oligomers, damage neurons and cause memory loss. To attack nerve cells, Abeta first binds to prion protein on the cell surface. The team seeks to identify and optimize drug-like compounds that prevent Abeta from binding to prion protein. Then, they will test if these compounds can reverse memory loss in mouse models of AD. If so, these compounds will be starting points for testing in the clinic to preserve memory function in AD.

Many drug trials have tried to alter the level of Abeta, but Dr. Strittmatter’s team’s approach is unique in that they seek to prevent the toxic effect of Abeta to nerve cells. The team believes that this distinction provides the opportunity for greater effects than the approaches now being tested in the clinic that focus on the amount of Abeta.

At the end of the proposed work, Dr. Strittmatter will have determined whether drug-like compounds can target the Abeta interaction with prion protein and whether this reverses memory loss in animal models of Alzheimer’s disease. Positive results in these experiments will set the stage for a full clinical drug development effort targeting prion protein for AD therapy. 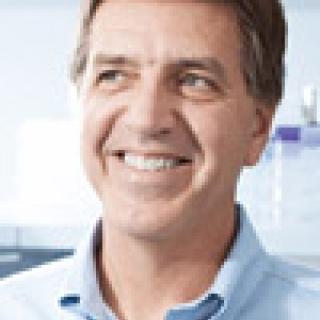