Cerebral amyloid angiopathy (CAA) is a common blood vessel disorder in the elderly and associated with vascular deposition of fibrillar amyloid beta (ABeta), which is also found in the neuritic plaques of patients with Alzheimer's disease (AD). Though ABeta imaging tracers have been designed to identify ABeta deposits in AD patients, available tracers non-selectively bind both CAA and neuritic plaques. Thus the background" from tracers that bind neuritic plaques reduces the ability of clinicians and researchers to visualize ABeta that binds to CAA. Results from this research project may lead to development of a unique CAA-selective amyloid tracer that would permit definitive diagnosis of CAA in living patients."

Cerebral amyloid angiopathy (CAA), a disorder of brain blood vessels, is very common in the elderly. Though CAA is a well known risk factor for intracerebral hemorrhage (brain bleeding), ischemic stroke and dementia, to date, the only way to define vascular amyloid deposition is by obtaining diseased tissue via brain biopsy or after death, at autopsy. The goal of this project is to make a major diagnostic step forward for this common but often under-diagnosed cerebrovascular disorder.

CAA occurs due to the vascular deposition and accumulation of aggregates of “fibrillar”, or fiber-like, amyloid beta, which is also one of the components of the brain plaques (technically known as neuritic plaques) in patients with Alzheimer's disease (AD). One of the ways of detecting amyloid beta in AD patients is by PET imaging of the brain using tracers that can bind to amyloid beta. However, the tracers that are presently available bind amyloid beta in both CAA and neuritic plaques. Development of a tracer that binds only CAA is the goal of this study and has significant potential for helping clinicians monitor this dangerous condition. In a preliminary study, we have found that a new class of compounds preferentially binds only to CAA and not neuritic plaques in a mouse model of AD that models both CAA and neuritic plaques. This study explores, in depth, whether these compounds serve as a unique CAA selective tracer for PET imaging in an animal model of CAA and AD. This work may lead to the development of a CAA-specific amyloid tracer that will help diagnose CAA non- invasively, quantify its severity and monitor progression over time. To explore this possibility, we are synthesizing new analogs of these compounds and examining their selective binding affinity for CAA over neuritic plaques by “in vitro” and “in situ” studies. Among these analogs, ones with a high affinity are being selected and investigated in genetically modified mouse models of Alzheimer's Disease for the feasibility of their use in non-invasive imaging of CAA. To date, three amyloid tracers labeled with positron emitting radioligands have shown promise for PET imaging in mouse models of AD and in AD patients. However, these studies have been unable to clarify whether the observed amyloid load represents the burden of amyloid found in plaques or CAA. This is due to the low resolution of PET imaging and the almost equal affinity of these tracers for both CAA and plaques. Our compound analogs are unique because they will be the first class of amyloid binding compounds that demonstrate high selectivity for CAA over neuritic plaques. Therefore, this is a highly promising study to develop a compound that can selectively identify CAA during PET imaging. 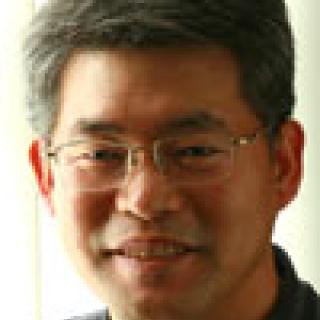