PET-MRI Imaging of White Matter Damages and Inflammation in AD

Our new PET-MRI [positron emission tomography–magnetic resonance imaging] method takes pictures of the brain in elderly people. Whereas these PET-MRI images have commonly been used to identify tumors or strokes in patients, we have found a new way to use PET-MRI to measure the brain’s injury and immune response. We have found this imaging method to be very useful in patients with multiple sclerosis, and now we are able to use it in patients who have Alzheimer’s disease (AD), in order to get a sense of the problems that might be developing in their brain before memory problems occur. We hope that our new method also will be useful in clinical trials testing new drugs for early intervention with AD.

Our goal is to use a new imaging system to monitor damage caused by AD to the brain region that contains the insulated axons (analogous to cables) connecting the neuron cell bodies (analogous to the central processing unit of a computer). In the first part of our project, we will test the hypothesis that our imaging system, which combines PET and a new form of MRI that I invented called diffusion basis spectrum imaging (DBSI), can reliably detect and measure the severity of white matter damage and inflammation. Additionally, we hypothesize that PET/DBSI can accurately reflect a patient’s cognitive decline and disease progression. We will perform this investigation in people aging normally as well as those at different stages of AD. In the second part of the project, we will define, at the microscopic level, the cellular features that the PET/DBSI system detects. We will perform PET/DBSI on 8 whole brain autopsy samples (2 males with AD, 2 females with AD, 2 males with normal aging, and 2 females with normal aging). We will then perform microscopy studies on the same brains and align the two sets of images.

This project has two innovative features that set it apart from other AD imaging studies. We will be the first researchers to integrate PET and DBSI into a single scan to detect white matter damage and inflammation. Additionally, through the Washington University Knight Alzheimer's Disease Research Center, we are fortunate to have access to a unique group of elderly people with normal cognition (normal aging and those who will, but have not yet, developed AD symptoms) and abnormal cognition (symptomatic AD) that have been studied for many years.

Our study will benefit AD researchers by providing them with a new tool, PET /DBSI imaging, to image white matter damage and inflammation in patients before or after they develop AD symptoms. Our imaging system offers additional benefit to patients by allowing researchers to conduct clinical studies of drugs that might slow or reverse white matter damage, and thus slow or prevent the development of AD symptoms.

PET-MRI Imaging of White Matter Damages and Inflammation in AD 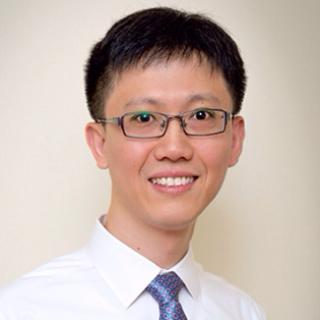