With rising life expectancies and an aging baby boomer generation, Alzheimer’s disease (AD) has become widespread and it is one of the leading causes of death in the U.S. Treating AD has proven difficult, as current treatments are only able to target the late stage of disease, with many adverse side effects. Currently, there are no cures for AD. The challenge is to develop treatments that are able to specifically target affected neurons at early stages of disease initiation. We will use a highly innovative approach to develop synthetic biomolecules that will deliver therapeutics to specific sites within the brain, to modify defects that activate disease pathways.

Summary: As our aging population increases there is an urgent need to develop effective cures for Alzheimer’s disease (AD). While there are no cures, current treatment strategies target pathologies that occur late in AD progression, and often impart side effects that negatively affect patients. Therefore, our aim is to develop therapeutics that target early insults during disease so as to stop the activation of deleterious pathways and the progression of disease. As a first step towards this aim, we will use an integrated approach that combines engineering, chemistry, and neuroscience, in a highly innovative, transformative project that seeks to test a synthetic functional nano-vesicle in human AD neurons. This synthetic nano-vesicle will have the potential to function as a novel therapeutic device that can modify early defects within nerve cells to stop cell death and halt the progression of neurodegeneration seen in AD.

Details: Within axons, essential components packaged into vesicles are transported on microtubules (MTs), (the highways), from the cell body, where proteins are made, to distal ends of the axon (synapse) where they are used. Recent work has shown that defects in transport (observed as axonal blocks) occur early in disease, before pathological or behavioral phenotypes are observed. Our long-term goal is to understand the mechanisms of how problems in axonal transport initiate disease pathways and to develop modifiers that restore transport. The objective here is to examine the potential of a synthetic nano-vesicle for targeted modification of axonal blocks induced by excess mutant APP. Our central hypothesis is that engineered synthetic nano-vesicles will move on MTs to axonal blocks via associations with endogenous motor proteins. Our goals are 1) to evaluate the motility behavior of the synthetic nano-vesicle in human AD and normal neurons differentiated from AD and normal iPSCs, and 2) to identify how a modifier caged inside the porous surface of the synthetic nano-vesicle modifies axonal blocks in human AD neurons. The rationale for the proposed work is that targeting therapeutic interventions to an early defect seen in AD will eliminate downstream deleterious effects that propagate disease and cell death. Such a strategy will have the ability to stop the initial progression of AD, which for the first time will lead to a cure, since the FDA-approved treatments that currently exists only reduce disease symptoms. 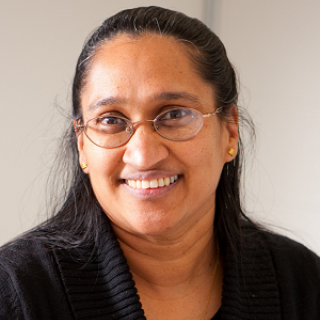