My project aims to discover the key proteins that are involved in the degradation of endoplasmic reticulum (ER) via a process called ER-phagy. Recently, multiple reports have shown that defects in this process could potentially lead to neuronal defects and neurodegeneration, including Alzheimer's disease (AD). However, not much is known with regard to the proteins and the regulation process of ER-phagy. My project aims to establish the link between these ER-phagy-related proteins and neurodegeneration.

Recent evidence suggests that the dysregulation in endoplasmic reticulum (ER) degradation via a process called ER-phagy (meaning that damaged ER cells are literally “eaten,” then dissolved) could lead to the development of neurodegenerative diseases, such as Alzheimer's and Parkinson's disease (PD). It is speculated that the removal of damaged or old ER cells via ER-phagy prevents its toxic accumulation in cells. Our lab is interested in understanding the mechanistic link between ER-phagy and the overall fitness and survival of neuronal cells.

To achieve this aim, I will use CRISPR-interference (a recently established technique for genetic manipulation) to screen through the human genome to identify genes that upon knockdown, lead to inhibition of ER-phagy. The readout for ER-phagy is via the selective loss of fluorescent signal originated from genetically modified ER, which expresses a fluorescence protein. Once I identify the top candidates from the screen, I will further validate these candidates individually to eliminate any off target effect, and prioritize the list of genes according to the intensity of their effects on ER-phagy. I will then focus on the most clinically relevant genes to further understand if these genes work cooperatively, or in parallel, to promote ER-phagy.

My project uses the latest genetic manipulation approach (CRISPR interference) to repress the expression of proteins at the gene level. This approach has been shown to significantly reduce off target repression of other genes compared to other gene knockdown approaches such as shRNA and siRNA, thus improving the discovery probability of real candidates that are involved in ER-phagy. In addition, the fluorescence signal-based readout of my screen allows rapid and easy identification of any inhibition of ER-phagy upon the knockdown of a particular gene, thus allowing high-throughput screening of the entire human genome within a short period of time.

ER-phagy has long been observed in lower eukaryotic cell models, such as yeast. However, its relevance in higher eukaryotic cells, including human cells, was demonstrated less than three years ago. Interestingly, clinical mutation in one of the genes that regulates ER-phagy (FAM134B) is known to cause neurodegeneration. There exists a huge gap in our understanding of the mechanism and link between ER-phagy and neuronal cell survival and fitness. With the generous support of this BrightFocus Alzheimer's Disease Research grant, I aim to further push our understanding in this area. In the future, the discoveries made from this project will serve as a foundation for further projects to devise therapeutic approaches that target ER-phagy as a treatment or preventive measure against neurodegenerative diseases. 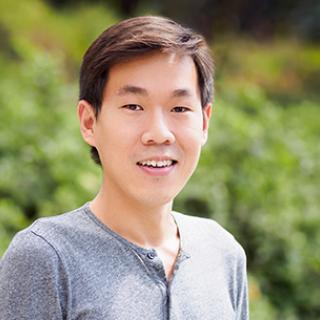