The goal of this study is to discover a timeline of protein changes within the cerebrospinal fluid (the fluid that bathes the brain) that can be used to diagnose and monitor Alzheimer’s disease (AD), even years before symptoms of the disease appear. To accomplish this goal, we will apply a powerful new technique (quantitative label-free proteomics) to measure hundreds of proteins in cerebrospinal fluid samples from people enrolled in the Dominantly Inherited Alzheimer Network (DIAN) study. Familial AD is uniquely suited to this mapping study of very early changes because the age at which symptoms begin can reliably be predicted from affected family members, and diagnosis is definitively established by genetic testing decades before symptoms are predicted to appear. Such a timeline will improve the accuracy of early diagnosis, maximize the efficiency of clinical trials, and move effective treatments more quickly and cheaply from the laboratory to the pharmacy.

Our goal is to discover new tools (biomarkers) that can improve the detection and monitoring of presymptomatic and early symptomatic Alzheimer disease (AD), and to determine exactly when, during the disease course, each of these tools will be useful.

For this work, two major challenges confront us at the very outset. First, people with presymptomatic AD (showing characteristic microscopic brain changes that are not yet severe enough to cause symptoms) look and act just like people without AD; second, there is no way to know when they will develop symptoms. To overcome these obstacles, we have partnered with the Dominantly Inherited Alzheimer’s Network (DIAN), an international, multi-institutional study of families with hereditary, early-onset AD. About half of DIAN participants carry a gene for AD and will show symptoms at the same age as their affected parent. For these individuals, a diagnosis of AD can be established with certainty, and the conversion from presymptomatic AD to symptomatic AD can be reliably predicted. These characteristics allow us to do something unique: by comparing many gene-carriers and non-carriers of all ages, and aligning the data according to parental age of symptom onset, we can create a timeline of many individual biomarkers and other disease features that spans the decades from normal, to presymptomatic AD, through mild AD dementia. Such a timeline will be invaluable for the evaluation and application of biomarkers because it will reveal exactly when in the disease course a biomarker is or is not useful, and how the crests and troughs of these biomarkers relate to each other as well as to established features of AD. Finally, it can suggest the potential trajectory of a biomarker value over time as an individual’s disease progresses.To find such biomarkers, we are examining the proteins of the cerebrospinal fluid (CSF) – the fluid that bathes the brain. CSF proteins are a logical source for novel biomarkers because they directly reflect brain composition, and already contribute among the best AD biomarkers currently in use (CSF amyloid-beta42 and tau).

Our method for novel biomarker discovery, quantitative label-free liquid chromatography tandem mass spectrometry (QLF LC-MS/MS), is a powerful and innovative new technique that allows us to measure the abundances of hundreds of CSF proteins across hundreds of samples in a single experiment with very high precision, without requiring specific antibodies to capture and detect each protein; this latter feature enables us to discover truly unanticipated proteins and reveal new insights into the biological mechanisms involved in AD. Using these data, we can compare AD gene-carriers and non-carriers at regular intervals across the disease timeline and graph the patterns of these new proteins within the context of known AD changes. Creation of such a framework will reveal exactly when in the disease course a biomarker is likely to be useful, and may also suggest whether various pathological cascades at work in AD are temporally related.

Fundamentally, this study is designed to deliver biomarkers that can improve the detection and monitoring of early stage AD. Such biomarkers will improve the efficiency of clinical trials and speed the discovery of effective treatments for AD. 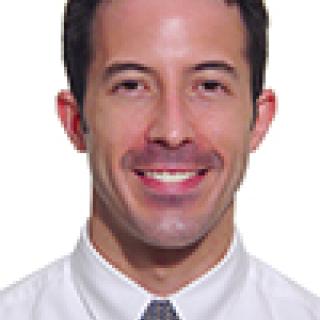