As age-related cognitive impairment and dementia become increasingly common health concerns for our aging population, it's important to develop tools to accurately detect and distinguish these other aspects of aging from the earliest signs of Alzheimer's disease (AD). Although imaging methods, such as magnetic resonance imaging (MRI), have shown promise at measuring changes in brain structure associated with cognitive impairment and dementia, these approaches are relatively insensitive to the earliest disease stages, when treatments will likely be most effective. A new brain imaging technique, restriction spectrum imaging (RSI), has shown promise at revealing smaller-scale features of brain structure than standard techniques. This project will test whether new RSI-based measures can identify small-scale pathways thought to be affected by AD; accurately predict which individuals will decline cognitively; and correlate with other known markers of AD.

Our research aims to characterize the small-scale structural changes that occur during the earliest stages of Alzheimer’s disease (AD), and describe how they relate to cognitive decline during aging and neurodegenerative disease.

The first goal of our project is to identify brain pathways that deteriorate early in AD, a degenerative process that may underlie cognitive impairments. To accomplish this, we are using an advanced neuroimaging technique called restriction spectrum imaging (RSI) to evaluate small-scale tracks in brain regions targeted early in the disease. We are comparing the integrity of these pathways in the brains of healthy older individuals to those with mild cognitive impairment (MCI) or early AD. We are also evaluating how these new measures of brain microstructure relate to cognitive function in order to assess whether they are sensitive to behavioral symptoms of the disease.

Our second goal is to determine whether brain microstructure predicts or tracks cognitive change associated with aging or disease. RSI and cognitive testing are being performed on a group of healthy and cognitively impaired older individuals, with repeat imaging and testing taking place multiple times over several years. We are testing whether measures of brain microstructure are able to track cognitive decline during this time period or can predict who will go on to develop more severe cognitive impairment.

We anticipate that our new, advanced tools will be more sensitive than current neuroimaging biomarkers to both AD onset and cognitive decline related to aging. Our final goal is therefore to compare the sensitivity of our new measures of brain microstructure to that of existing biomarkers. In particular, RSI metrics are being evaluated against measures from standard structural and diffusion MRI, as well as cerebral spinal fluid measures of amyloid beta and tau.

One of the major challenges to accurately diagnosing AD at its early stages is the inability to detect subtle, often microscopic, brain changes that may signal the beginnings of a pathological process. Largely from post-mortem studies, we know what these changes are, yet it is difficult to identify them in living humans and to distinguish them from changes that may simply result from normal aging. Our research aims to overcome these obstacles by applying advanced brain imaging tools that are able to capture detailed images of brain structure at resolutions impossible using other techniques.

We expect our research to significantly improve our understanding of the brain changes underlying cognitive decline in both normal and pathological aging. The development of accurate and sensitive biomarkers of Alzheimer’s disease is crucial for both early disease detection and identifying those who may be at risk for cognitive impairment, even before symptoms appear. Ultimately, these advances will facilitate the earliest possible intervention and optimal care for those suffering from AD. 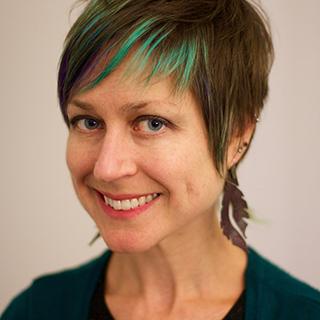