The apolipoprotein E (apoE) gene controls a small protein that helps clear cholesterol and other fats though the bloodstream. For some time, Alzheimer’s researchers have focused on a variation of the apoE gene known as the “E4” allele. Carriers of the apoE4 mutation are at significantly increased risk for developing late-onset Alzheimer’s disease. In order to understand the cause of this increased Alzheimer’s risk, we will utilize emerging technology to measure the levels of lipids and small-molecules in mouse and human brain tissues possessing differing forms of apoE. We anticipate that the results of this study will shed new light on why apoE4 carriers are more susceptible to Alzheimer’s disease and how Alzheimer’s disease can be prevented in these individuals.

The goal of this project is to discover new molecules that are affected by expression of the apoE4 gene and that may play a role in the increased risk of Alzheimer’s disease among apoE4 carriers.

In order to do this, we will use emerging technology known as “omics” to identify lipids and small molecules in the brain that are affected by the expression of differing forms of apoE. Using this technology, we will be able to observe hundreds of lipids and thousands of small-molecules in order to identify the specific molecules that either increase or decrease when different forms of apoE are expressed. We will then utilize additional biochemical techniques to discover whether these changes are involved in the increased risk for Alzheimer’s disease that occurs among apoE4 carriers.

This project will be the first to utilize multiple versions of this “omics” technology to investigate the potential mechanisms responsible for the link between apoE4 and Alzheimer’s disease. Importantly, we anticipate that the results of this study will not only shed light on the role of apoE4 in Alzheimer’s disease, but may also point to previously undiscovered processes involved in the development of Alzheimer’s disease. 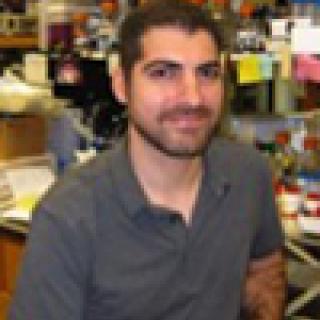