Sleep problems, such as wakefulness at night and daytime napping, are common in patients with Alzheimer disease (AD). While sleep disturbances are often considered to be a consequence of neurodegeneration, we are taking another look. Data suggest that sleep disturbances occur very early in the course of the disease and might possibly contribute to AD-associated pathologies as well as the onset of cognitive symptoms including mild cognitive impairment (MCI). By switching sleep on and off, we will be able to assess whether sleep disturbances, such as unusual sleep duration and sleep fragmentation, are an early factor that contributes to the risk of developing AD.

Recent studies link disturbances of the sleep-wake cycle to the onset and amount of amyloid deposition. Given that patients with preclinical AD both report and display sleep abnormalities, it is of great interest to understand the underlying mechanism of these changes. The objective of our study is to elucidate the process that controls levels of amyloidogenic proteins, such as Aβ und tau, in the first place, and later leads to Aβ and tau aggregation. Understanding how Aβ influences both tau levels and pathology in the context of changes in the sleep-wake cycle is also of great interest in this study and will likely provide key insights into AD pathogenesis.

To achieve these goals, we will manipulate centers in the brain of AD-like mouse models that control sleep or wakefulness, then utilize multi-modal techniques to study the effect of altered sleep on Aβ and tau levels as well as AD-associated pathologies. Using new techniques, we will further be able to manipulate specific forms of sleep that are considered to be protective and have been shown to decrease in patients with MCI.

These studies are unique in that they contribute to the understanding of whether and to what extent the sleep-wake cycle and specifically its dysregulation in individual sleep/wake-centers are critical during the development of MCI and AD. Further, our laboratory is one of the few laboratories worldwide that is utilizing multi-modal techniques, such in vivo microdialysis, electroencephalogram, viral vectors and others, in awake, freely moving animals routinely.

In summary, we will assess if and to what extent sleep disturbances affect both Aβ and tau pathology, which are AD lesions that likely occur at different stages of the disease. This will allow us to identify new therapeutic targets for AD as well as provide clues to whether improving sleep might be effective even later in the course of the disease (ie, when Aβ pathology is already present and tau pathology starts to develop). 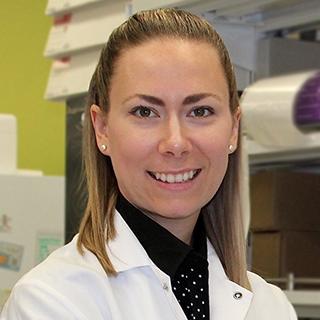