The Locus Coeruleus and Memory Selectivity in Aging and Alzheimer's Disease

The ability to selectively remember important information and ignore distraction is critical for optimal memory performance, particularly when we experience a stressful or emotionally arousing event that consumes attentional resources. Evidence suggests that the locus coeruleus (LC), the part of our brain thought to instigate these selectivity processes under arousing conditions, degrades in aging and Alzheimer’s disease (AD). Yet little is known about the relationship between the LC and cognitive function in these populations. The goal of this research is thus to address a novel and critical research question: to determine the role of the LC in facilitating memory selectivity and how its role may be altered in aging and AD.

Our goal is to determine the role of the locus coeruleus (LC)-norepinephrine (NE) system in facilitating memory selectivity and how the influence of this system may be altered in aging and Alzheimer’s disease (AD). When stressed or aroused by an alarming event, the ability to selectively focus on high-priority information and ignore distractions is critical for survival. There is evidence that the LC, a small brainstem nucleus, facilitates cognitive selectivity by releasing NE throughout the brain under arousal, which modulates attention and memory selectivity. The LC has also been identified as an important contributor to cognitive aging as reduced LC volume and cell density has been observed and linked to mild cognitive impairment and Alzheimer’s disease (AD). Moreover, recent autopsy evidence indicates that the LC is the first brain region to exhibit tau pathology that may even precede amyloid pathology, yet little work has focused on how the LC relates to cognitive function in aging and AD. Using functional magnetic resonance imaging (fMRI), the primary aim of our work is to determine age differences in how activation of the LC-NE system via emotional arousal influences the ability to selectively attend to and remember high-priority information and suppress competing distraction. Until recently, it has been difficult to study the LC with conventional neuroimaging given its small size. We will thus use neuromelanin-sensitive weighted MRI scans to visualize the LC and measure its signal intensity. Neuromelanin is a pigmented polymer resulting from oxidation of catecholamines, including NE in the LC, and so acts as a natural contrast agent that can localize the LC. Using these scans will thus enable us to determine how LC integrity corresponds to brain activity and behavior during a memory selectivity task completed in the MRI scanner. This project is unique as it will be one of the first to examine how LC structure and function relate to cognitive selectivity in healthy aging and AD. Given that the LC has been implicated in cognitive reserve and the development of AD-related pathology, it is critical to understand how age-related changes in this brain structure contribute to cognitive function. The importance of addressing such questions continues to rise as the aging population of America swells at a rapid pace and AD remains the nation’s sixth-leading cause of death.

The Locus Coeruleus and Memory Selectivity in Aging and Alzheimer's Disease 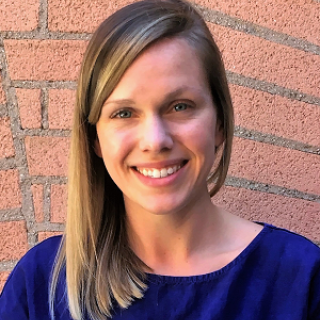