Historically, beta-amyloid plaques and tau tangles have been the focus of Alzheimer’s disease research. However, there is increasing evidence that brain vascular health is a critical component in the progression of the disease. A variant in the MTHFR gene has been linked to both vascular disease and Alzheimer’s in humans, but until now, no animal model represented this risk factor. Here, we have created a novel mouse model to study how MTHFR deficiency affects brain vascular health with age.

There is increasing evidence that brain vascular health is a critical component in the progression of Alzheimer's disease. Dysfunction of vascular cells that make up the blood brain barrier can result in reduced blood flow to the brain, inflammation, and damage to neurons. A variant in a gene called methylenetetrahydrofolate reductase (MTHFRC677T) has been linked to both vascular disease and Alzheimer’s disease in humans, but until now, no animal model existed to study this risk factor. We have now created a novel mouse model to examine how MTHFRC677Taffects brain vascular health with age. My first aim involves visualizing the physical features and functions of brain vascular cells in mice with and without the risk variant at four different ages using three different imaging techniques. I will examine both whole vascular beds and specific vascular cell features in brain regions associated with disease and use magnetic resonance imaging (MRI) to examine changes in blood flow and vascular function. My second aim involves understanding how MTHFRC677T alters these features and functions. My preliminary data suggests the variant contributes to DNA modification in the whole brain, but moving forward I will determine if this modification specifically affects genes that control vascular cell health and function. Although MTHFRC677T is common in humans, we have very little knowledge about how the variant is increasing risk for Alzheimer's disease and related dementias. Using innovative genetic and genomic techniques, I will be the first to examine mechanisms of vascular dysfunction in a mouse model of MTHFRC677T. This information will help determine the origins of brain-specific vascular damage with age, which then creates an opportunity for intervention before the onset of disease. If this work sheds light on how vascular damage can either directly or indirectly contribute to neuronal damage/loss, the data will hopefully be relevant to a variety of studies being done within the Alzheimer's field. 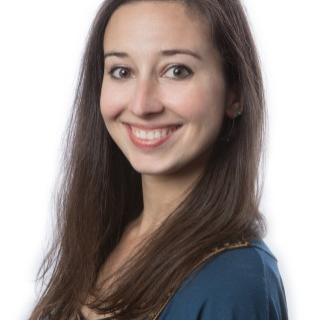