The proposed work will determine whether degradation of the amino acid tryptophan by the enzymes TDO2 and IDO1 plays a role in the development of Alzheimer’s disease (AD). We will use genetic and pharmacologic approaches in a mouse model of AD to identify mechanisms of action of these enzymes in early and late stages of AD development. Successful completion of these studies may lead to novel preventive and therapeutic strategies to delay onset of AD in at-risk aging populations.

Over the past 20 years, studies of cognitively normal aging populations have shown that non-steroidal anti-inflammatory drugs (NSAIDs), such as ibuprofen or indomethacin, can delay or prevent the onset of Alzheimer’s disease (AD). NSAID prevention of AD is highly relevant to public health; it has been estimated that if we could delay the onset of AD by five years or so, the prevalence of this disease would be very significantly reduced, perhaps by as much as half. Unfortunately, NSAIDs are not the ideal preventive approach, as they may cause renal and gastrointestinal side effects, particularly in the elderly, and they are not effective once memory impairment has begun. So understanding what pathways are inhibited by NSAIDs is of paramount importance if we are to develop safe and effective strategies to prevent AD, which is expected to triple in frequency by 2050.

NSAIDs inhibit the cyclo-oxygenase enzymes, which drive the first step in formation of an important class of lipid messengers, the prostaglandins. Prostaglandins have important functions in regulating neural activity, cerebral perfusion, and inflammation in the brain. In our recent studies, we identified two enzymes that are increased by prostaglandins and suppressed by NSAIDs that may be promoting onset and progression of AD pathology. These two enzymes, tryptophan 2,3-dioxygenase (TDO2) and indoleamine 2,3-dioxygenase (IDO1) metabolize the essential amino acid tryptophan to kynurenine, and are expressed in neurons and in microglia, the inflammatory cells of the brain. Kynurenine can give rise to a broad range of metabolites that may affect cognitive function. Under our specific aims, we will investigate how metabolism of tryptophan by these two enzymes in the setting of amyloid ß accumulation can disrupt neuronal function. In so doing, we will determine whether targeting these pathways may represent a novel and preventive approach in subjects at risk for AD.

There is currently a concerted effort in the cancer field to develop inhibitors to these two enzymes which have been shown to facilitate cancer progression. Thus, if we can demonstrate that one or both of these enzymes is important in triggering the onset and progression of AD pathology, future studies could then test these inhibitors in AD prevention. 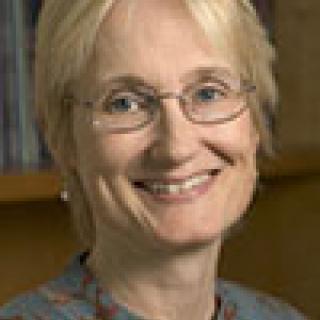