Implication of a Mitochondrial Protein, ECSIT, in the Oxidative Stress Leading to Alzheimer’s Disease

Evidence is accumulating that oxidative stress in the brain is the key causative factor of Alzheimer’s disease (AD). However, attempts to curb it have shown little efficacy. In this project, we are studying the role of a promising novel mechanism in the establishment of oxidative stress leading to AD. Our laboratory has already implicated this pathway and, in particular, a candidate gene in oxidative stress regulation. Moreover, studies by others have shown that this candidate gene might interact with key factors leading to the development of the disease.

We are first investigating the relevance of this mechanism in important cells of the brain, neurons and microglia. Indeed, neuronal death and microglial cell activation are key elements leading to AD and the regulation of oxidative stress is involved in these processes. We will use cell culture experiments to study the role of our candidate gene in the induction of oxidative stress in these cells.

Our laboratory is pioneering research about this novel pathway involved in oxidative stress regulation. Thus we are the only laboratory having all the tools to study its implication in AD. In particular, we have developed a unique genetic tool to investigate its role in a model of the disease. We also are also poised to benefit from the strong expertise of several laboratories working on AD research on our medical center campus. We are confident about the relevance of this project, especially because studies suggested that our candidate gene lies in a network of genes already implicated in AD development.

The results of this study will confirm and give more insight into the role of oxidative stress in AD onset and pathogenesis. In addition, they will help identify promising targets in the oxidative stress pathway, helping us to design novel and more efficient therapeutics in the prevention and treatment of Alzheimer’s disease.

Implication of a Mitochondrial Protein, ECSIT, in the Oxidative Stress Leading to Alzheimer’s Disease 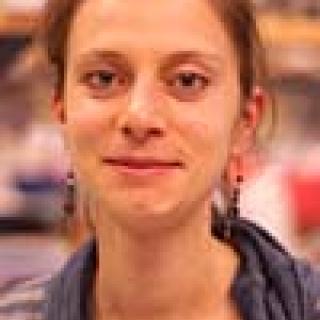