Alzheimer's disease (AD) is the most common neurodegenerative disease, but there is currently no effective prevention or treatment. The identification of rare gene mutations causing early-onset familial Alzheimer’s disease, and the latest genetic studies, have been key to understanding some of the mechanisms that cause AD. The long-term goal of Dr. Cruchaga’s research is to use novel and powerful approaches to identify new genes and protein variants associated with AD. These findings will lead to better diagnosis and treatment of this devastating disease.

The most promising biomarkers for AD are the cerebrospinal fluid (CSF) levels of the tau and A-beta proteins. Interestingly, brain tau and A-beta aggregates are the main neuropathological hallmarks of AD. In a recent study, in which we used CSF tau and A-beta protein levels for genetic studies, we were able to identify novel genes and variants implicated in AD. Recent studies from Washington University and other groups have identified CSF levels of Apoliprotein E (APOE), Clusterin (CLU), Fatty-acid binding protein (FABP), and Visinin-like protein 1 (VILIP-1) as potential biomarkers for AD. In the first part of this research, Dr. Cruchaga’s team will use novel statistical analysis (called Mendelian Randomization) to analyze whether these biomarkers are simply markers of the disease or whether these proteins are clearly associated with the development and progression of AD. In the second part of this project, the team will use the latest technologies in genetics to analyze more than 7 million genetic variants and 16,000 genes. They expect to identify novel genes and protein variants that are associated with AD, and to analyze the impact of those variants and genes in AD risk and disease progression.

Combining the discovery of new biomarkers with a comprehensive genetics analysis will help Dr. Cruchaga to identify the complex relationships between genes, proteins, and disease, which, in turn, will help to identify key proteins that could be future therapeutic targets. 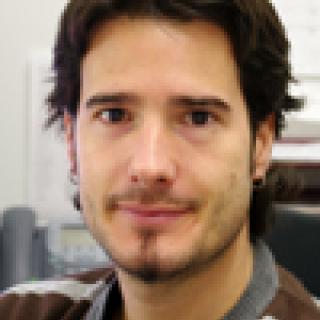