Glial D-serine in the Amygdala and Alzheimer's Disease

As Alzheimer’s disease progresses, inflammation changes the characteristics of particular cells in the brain called, astrocytes. These transformed astrocytes, which are classified as inflammatory astrocytes, release chemical compounds that are toxic to another population of brain cells, called neurons. This grant aims to understand how one of the molecules released by reactive astrocytes kills neurons, in hopes of finding new drugs to treat patients with Alzheimer’s disease.

The overall goal of my grant is to understand how D-serine released by inflammatory astrocytes kills neurons, in hopes of finding new drugs to treat patients with Alzheimer’s disease (AD).

The predominant strategy for developing treatments for AD has focused on reducing amyloid burden in the brain. Unfortunately, no drug using this approach has improved cognitive and functional outcomes, suggesting that once clinical AD symptoms emerge, disease progression becomes independent of Aβ production. In addition to plaques and tangles, inflammatory (reactive) astrocytes are a neuropathological hallmark of AD. We have shown that production of the N-methyl-D-aspartate receptor (NMDAR) co-agonist, D-serine, by reactive astrocytes following traumatic brain injury is detrimental to synaptic plasticity and memory. My grant proposes to test the novel hypothesis that D-serine released from reactive astrocytes causes cell death in AD. Aim 1 will use brain tissue from subjects with an AD diagnosis, as well as from 5x familial AD (5xFAD) transgenic mice, to quantify the expression of serine racemase (SR), the enzyme that produces D-serine, in neurotoxic, inflammatory astrocytes of the amygdala. In Aim 2, we will inject Aβ1-42 a oligomers (oAβ) into the amygdala of WT mice and mice that lack SR specifically in astrocytes (SRKOGFAP) to determine whether oAβ causes glial D-serine production, cell death, and amygdala-dependent memory impairments due to over-activation of extrasynaptic NMDARs.  Aim 3 will determine whether a glucagon-like peptide-1-receptor agonist (Exenatide), which has neuroprotective properties, can prevent the expression of SR in inflammatory astrocytes and amygdala-dependent cognitive impairments in
5xFAD mice.

My award proposes a novel theoretical concept linking the production of D-serine in reactive astrocytes to the overstimulation of extrasynaptic NMDARs and neuronal loss. By eliminating SR from astrocytes in an inducible and cell-type specific manner in mice, we will determine whether preventing astrocytic D-serine production reduces extrasynaptic NMDAR-dependent signaling, neurotoxicity, and memory impairments induced by oAβ. Finally, we will test whether Exenatide, an FDA approved drug that has shown disease-modifying effects in Parkinson’s disease, blocks the conversion of A1 astrocytes in 5xFAD mice, thereby reducing both astrocytic D-serine production and extrasynaptic NMDAR activation, as well as normalizing memory.

Results from this proposal will help to identify novel pathways related to SR and D-serine that could lead to improved therapies for patients with mild to advanced AD when anti-amyloid strategies appear to be ineffective. Our findings will have important implications not only for AD, but for other diseases associated with SR-expressing reactive astrocytes and highlight this pathway as a potential therapeutic target to prevent neuronal degeneration.

Glial D-serine in the Amygdala and Alzheimer's Disease 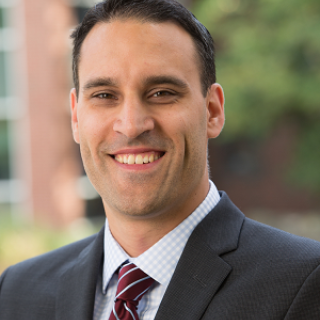