The renin-angiotensin system (RAS) is a biochemical pathway primarily involved in blood pressure regulation, but which becomes overactive in Alzheimer’s disease (AD). Previous research has shown that some commonly prescribed anti-hypertensive drugs that also work in the RAS system can protect against rates of Alzheimer’s in people, and also against cell and brain tissue damage, as well as cognitive decline, in animal models of AD. We have just found that an important regulatory arm of RAS is also defective in AD and that reduced activity of this pathway is associated with more extensive pathology in human brain tissue. Our proposed study will investigate whether activation and enhancement of this regulatory pathway, using a drug already available for testing in people but previously not considered in AD, can protect against both cognitive decline and tissue damage normally seen in an established mouse model of AD. This work could potentially result in a new therapy that can move rapidly to clinical trial testing for AD.

Our project will examine the therapeutic potential of a drug that enhances the function of a biochemical pathway that reduces high blood pressure. The same drug has additional properties that may alleviate some other destructive processes that occur in brain cells in Alzheimer's disease (AD).

We are undertaking work to test for the first time, in mice that are engineered to mimic some of the destructive processes in AD, whether a compound called diminazene aceturate (DIZE) provides any protection. Originally developed as a potential treatment for high blood pressure (hypertension), DIZE may serve to reduce some of the Alzheimer’s-like brain cell damage, as well as improve cognitive function compared to the normal rate of deterioration. DIZE was developed to enhance the activity of an enzyme called angiotensin converting enzyme 2 (ACE2) that lowers blood pressure by breaking down a molecule called angiotensin II (Ang II), which is very potent in raising blood pressure. DIZE was not pursued as a blood pressure drug because many other types of blood pressure drugs were developed ahead of it, and so the need for DIZE became less and less critical. This study therefore aims to test whether the process of enhancing ACE2 in itself may have therapeutic value, and in doing so, whether DIZE or other similarly acting drugs may be repurposed or repositioned for AD.

To test this idea we will effectively do a small clinical trial of DIZE in engineered and non-engineered mice. In three similarly sized groups of engineered mice, we will compare mice who have taken DIZE, mice who have taken DIZE and another drug that should cancel its function out, and mice that will take a placebo-like substance. We will also include a group of similar, non-engineered mice that will also receive the placebo-like substance to allow comparisons for the development of the Alzheimer’s-like changes in the engineered mice. All mice will start treatment at 6 months of age, when their visual and spatial memory is still normal, equivalent to that of early middle age in these mice. At intervals of 1, 3 and 6 months following initiation of treatment, their cognitive function will be assessed. At the end of the treatment period, all animals will be sacrificed so that we can collect their brains for detailed study of the proteins that are altered as part of the Alzheimer-like changes, as well as proteins that indicate how ACE2 is performing in its own system. By measuring changes to all of these things, the results will help to define whether DIZE provides a specific method of alleviating Alzheimer’s-like changes in engineered mice, evidence which is necessary to be able to pursue further studies of its use in people with AD in the future.

This is the first study of its kind. It will be the first line of investigation into the ACE2 in the RAS pathway with respect to AD. The relevance of this pathway to the investigation of AD is that ironically, for over 30 years there has been a known relationship between having high blood pressure (hypertension) in middle age and increased risk of AD later in life. Also, now there is relatively consistent evidence that people who have treatment for their hypertension have lower rates of cognitive impairment and AD, although it remains to be seen if certain types of hypertension treatments are better than others in this respect. Only in the last five years has there begun to be greater scrutiny into the possible cellular mechanisms that might explain this well-known, but actually still very poorly understood, relationship between hypertension and AD.

This project investigating ACE2 is a completely novel complementary line of research to that of ACE, which is responsible for making Ang II, and which is thought to be a mechanism that increases damage in AD. Therefore, mechanisms that oppose the function of ACE, as is undertaken by ACE2, are particularly important. That’s especially true if ACE2’s function can also be enhanced further as well, thereby offering a tantalizing prospect of tapping into and boosting the body’s own methods for controlling harm, rather than to replace or mimic it in some way.

What would be the potential impact of this study if our hypothesis is correct? First and foremost it will demonstrate that the ACE pathway has an important role in development of Alzheimer’s-like changes in the brain of mice and so may similarly contribute to these processes in the human brain. Second, demonstrating the involvement of the ACE pathway means it may be open to manipulation for the betterment of people with AD. Thirdly, given that DIZE has already undergone a number of years of research and development after being pursued as a possible treatment for hypertension, it means that all of that previous research can again be used once more, to accelerate progress for the use of DIZE or DIZE-like drugs as new candidate treatments for AD. Ourselves and other research colleagues can use this information to develop a range of potential new treatments for AD about which the general public and patients can be hopeful. Finally, this study will add to a mounting body of evidence that current hypertension management may need to be re-visited, and that a re-think of the use of certain types of hypertension treatments is warranted, particularly if this could provide additional long-term protective benefits against AD. 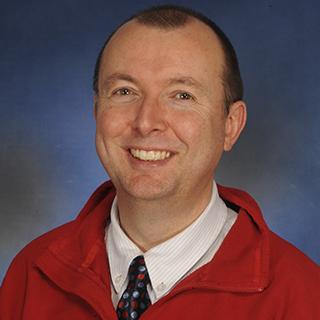