Previous studies and Dr. Steven Arnold's laboratory work have shown that the brain in Alzheimer's disease is resistant to the healthy growth effects of insulin and that re-sensitizing brain cells to insulin may be a useful therapeutic strategy. Dr. Steven Arnold and colleagues have identified the anti-diabetes drug, metformin, as a safe medicine that enters the brain and re-sensitizes insulin receptors. This proposal seeks to conduct an efficient clinical trial with metformin in people with mild cognitive impairment and early dementia due to Alzheimer's disease to determine its effect on cognitive functioning and physiological and biochemical biomarkers of Alzheimer's disease.

The goal of this project is to determine if treatment with a common FDA-approved insulin-sensitizing, anti-diabetes medicine—metformin—can improve cognitive abilities and modify physiological and biochemical abnormalities in people (without diabetes) who have mild cognitive impairment or early dementia due to Alzheimer's disease.

These investigators have designed a brief, efficient, and sensitive clinical trial with a "crossover" design to detect beneficial effects of metformin for Alzheimer's disease. In this study, “crossover” refers to the fact that participants will be randomly assigned to two groups. One group will receive 8 weeks of metformin and then 8 weeks of placebo, while the second group will receive the reverse order. Both groups will have in-depth baseline assessments before starting on medication, then two other assessments—one after each metformin or placebo treatment. The study will measure memory and thinking abilities with a brief but very sensitive novel computerized cognitive test battery as well as several well established paper and pencil tests.

To see if metformin improves brain physiology, the study will use a new MRI method (arterial spin-labeling "ASL" – MRI) to measure changes in cortical blood flow, that provides equivalent information as PET scans. As far as is publicly known, this is the first time the ASL-MRI will be used in a clinical medication trial for Alzheimer's disease.

In order to test for changes related specifically to Alzheimer's disease, patients' tau and amyloid protein levels in spinal fluid will be assessed to determine if metformin changes these important biomarkers of Alzheimer's disease pathology in the brain. Finally, the scientists will conduct blood tests, physical exams, and other safety and research measures to make sure that metformin is safe and well tolerated in non-diabetic people.

Insulin is best known for its ability to regulate sugar levels in the blood and brain but it also has other important metabolic and growth-promoting effects for brain cells. "Insulin-resistant" diabetes has long been recognized as a risk factor for Alzheimer's-type dementia. The investigative team believes that "re-sensitizing" the brain to the health-promoting effects of insulin, rather than overcoming brain insulin-resistance with more insulin, is a preferred strategy to provide both symptomatic and disease-modifying benefit. Metformin was identified as an excellent candidate because it works by sensitizing insulin "signaling," and is readily absorbed by the brain. Since it is an approved and commonly used medicine, its safety and tolerability are also well characterized.

The results of this study have the potential to benefit the general public and research field in several ways.  First, and most importantly, if the researchers find that metformin improves symptoms or biomarkers, the path to the patient will be much more efficient versus the time involved in discovery and approval of a new drug. Success of this study will provide a compelling rationale for larger, more definitive studies of metformin as a new medicine for Alzheimer's disease treatment or prevention. Second, if metformin improves cognition and/or biomarkers, it will provide support for the emerging "insulin hypothesis" of Alzheimer's disease. Finally, the "test drive" of a novel clinical trial design with new technologies has the potential to be a model for the field to accelerate the lengthy and very expensive screening and development processes of promising new medicines for Alzheimer's disease. 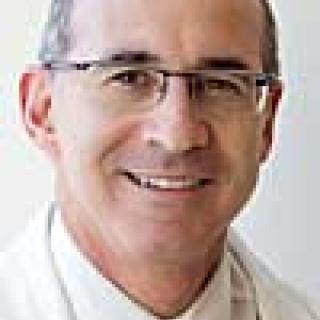