Dysfunction of the Regulation of Cerebral Blood Flow in Alzheimer Disease

The goal of my project is to investigate how ApoE4, a major genetic risk factor for Alzheimer disease, induces a dysfunction of the regulation of blood flow in the brain.

The first aim of the research project will identify the cell type responsible for the deleterious effect of ApoE4 on cerebral blood flow. Following our preliminary results, we will investigate the role of perivascular macrophages, which are brain resident macrophages surrounding penetrating vessels, as a source and target of ApoE4. The second aim of the project will study the cellular mechanisms inducing the blood flow dysregulation. We will evaluate the hypothesis that ApoE4 induces oxidative stress increase, ultimately leading to cerebral blood flow dysfunction.

The concept that perivascular macrophages could be both the source and target of ApoE4 around penetrating blood vessels support the idea of a potential and previously unrecognized cell-autonomous pathogenic role of brain resident macrophages. Furthermore, we will use a novel mouse (Mrc1CreERT2) to conditionally target perivascular macrophages, allowing us to test our hypotheses with a cellular specificity not previously attainable. The proposed study will fill a knowledge gap. We already know that neurovascular dysfunction contributes to the development of Alzheimer disease, but the cellular and molecular mechanisms responsible are still unknown. The proposed experiments will identify these cellular and molecular mechanisms and raise the possibility that perivascular macrophages could be therapeutic targets to counteract the neurovascular dysfunction observed in individuals with the ApoE4 genotype.

Dysfunction of the Regulation of Cerebral Blood Flow in Alzheimer Disease 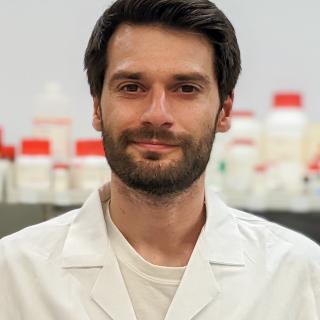