Alzheimer’s disease (AD) is defined, in part, by fibrillar formations of tau protein that get deposited within neurons of the brain. Recent data have suggested that AD progression may be due to the release of these formations, known as tau aggregates or “tangles,” from afflicted neurons, followed by the uptake of tau fibrils into naïve neurons, resulting in the propagation of tau pathology. To date, in this model, the role of glia, which are non-neuronal brain cells, remains unexplored. We hypothesize that promoting uptake into glia cells may clear tau aggregates without contributing to disease progression. Our studies will establish the mechanisms of tau uptake that differ between neurons and glia. The goal is to identify potential therapeutic targets that block tau uptake into neurons while promoting its uptake into glia.

The goals of our project are a) to investigate tau pathology by distinguishing between the mechanisms used by glia and neurons to internalize tau fibrils, b) to determine whether different mechanisms of uptake result in different pathways of degradation, and c) to identify points of intervention that may be leveraged for therapeutics. Recent data have suggested that progression of Alzheimer's disease may be due to the release of tau aggregates from afflicted neurons, followed by the uptake of tau fibrils into naïve neurons, resulting in the propagation of tau pathology. To date, the role of glia in this model has remained unexplored; however, we hypothesize that promoting uptake into glia may clear tau aggregates without contributing to disease progression. This research thus will test the hypothesis that astrocytes and microglia internalize tau fibrils via multiple pathways. Glial cells will be treated with tau fibrils under conditions designed to inhibit or promote specific pathways, and uptake into cells will be measured by flow cytometry. In particular, we hypothesize that antibodies utilize a mechanism of uptake distinct from baseline uptake of tau. We will determine whether different uptake mechanisms result in different rates or pathways of degradation under conditions designed to promote or inhibit specific pathways of uptake, as well as degradation. To determine effects of uptake in neurons, we plan to use a similar paradigm and analyze both uptake and degradation. One of our primary aims is to determine the mechanism by which antibodies exert their therapeutic efficacy. Recently, antibody therapeutics have shown great promise for alleviating the pathological burden seen in Alzheimer’s disease. While shown to be effective, these antibodies’ mechanism of action has yet to be elucidated.

To date, research describing the role of microglia in Alzheimer's disease has focused on their neuroinflammatory properties, ie, the effect of activated microglia on neuronal cell death. My research aims to broaden the scope of microglial research to establish the mechanisms of tau uptake that differ between neurons and glia, with the goal of identify potential therapeutic targets that block uptake into neurons while promoting uptake into glia. My research thus takes our knowledge of antibodies further, investigating the potentially beneficial therapeutic effects of microglia in antibody-mediated clearance of pathogenic proteins as a therapy. This could lead to improved therapies for AD by guiding the screening process towards functional effects rather than simply binding affinity. 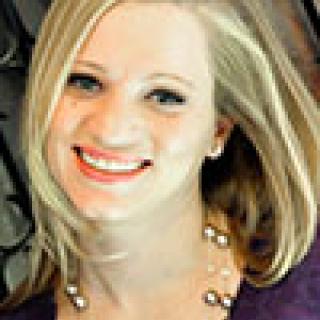