Connections Between Memory Dysfunction and Sleep in Alzheimer's Disease

The proposal aims to investigate whether mild cognitive impairment (MCI) is associated with sleep deficits greater than expected due to those accompanying aging alone. It will assess whether sleep performance will predict performance on a test of declarative memory for items learned the day before.

Our studies of Alzheimer's disease (AD) are aimed at elucidating relationships between memory, sleep, and brain dysfunction. We explore a possible link between poor memory and poor sleep in AD, with possible implications for disease detection and treatment. In early stages of AD, people experience problems in only one type of memory, declarative memory (memory for episodes and facts). Declarative memory provides each of us with a vast but imperfect storehouse of information. However, declarative memories do not persist in the brain in a static state. Rather, restructuring is required as new information is added. Over time, some declarative memories change into a resilient state such that they might last a lifetime, whereas others are lost. Declarative memories reach an enduring state by undergoing consolidation. Sleep processing may provide the vehicle whereby consolidation can move forward. We recently postulated that memory change during sleep constitutes a fundamental characteristic of declarative memories. This is a relatively new idea, but supporting research findings are rapidly appearing. An alliance has formed between the traditionally separate fields of memory research and sleep research. We propose to take another step forward in that direction. Why do Alzheimer's patients so often experience difficulties with declarative memory? To address this question, we will examine sleep and memory in patients at the earliest stages of AD and in healthy individuals of the same age. Detailed analysis of a variety of physiological signals will be used to detect abnormal sleep patterns and to examine relationships between neural signals during sleep and subsequent memory abilities. Our proposal also involves a potential treatment based on the findings of our co-workers in Germany. In their young subjects, electrical stimulation at the scalp significantly enhanced slow-wave sleep and memory storage. This DC stimulation was harmless, and so mild that it was not even perceived. We will implement the same procedures in our study. Any memory improvement could be beneficial for patients whose memory capabilities are beginning to deteriorate, and major improvements are conceivable. Our investigations will determine whether such methods could eventually be useful for improving quality of life in patients. We begin by studying patients with a preclinical form of AD, but plan to develop a more extensive research program in this area that will include patients with a diagnosis of probable AD. When we are awake we have the opportunity to learn, acquire knowledge, relate new information to what we already know, and creatively put information together in novel ways. In this research we consider the fascinating possibility that when we are asleep, memory storage may progress similarly, and that a failure in memory processing during sleep may exacerbate memory deficits in AD.

Connections Between Memory Dysfunction and Sleep in Alzheimer's Disease 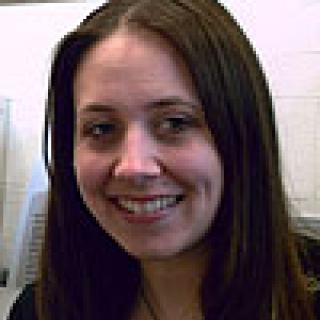