Alzheimer's disease (AD) is a complex aging-associated neurodegenerative disorder and is responsible for over half of all cases of dementia. It was estimated that 4.5 million persons in the U.S.A. had AD in 2000 and the number is predicted to triple by 2050 if effective therapies are not discovered. AD is characterized by accumulation of intracellular neurofibrillary tangles (NFT) of tau protein and extracellular plaques of amyloid beta1-40/1-42, which subsequently lead to neuronal degeneration. Increasing evidence indicates that the key challenge for understanding and ultimately treating AD is to focus on discovering how subtly and intermittently these misfolded proteins affect normal neuronal function, rather than focusing on later stages of disease when widespread neurodegeneration has occurred. Genetic mutations in proteins such as amyloid precursor protein (APP), ApoE4 polymorphism, presenilin 1, presenilin 2 and others have been identified in association with AD development and these mutations either enhance amyloid beta production or interfere with its clearance. The accumulation of amyloid beta has been increasingly considered to be the primary event in AD causes and development. Thus, one of the key areas of Alzheimer's disease research is to determine the cellular mechanism underneath amyloid beta toxicity. One major challenge to understanding the cellular toxicity of amyloid beta is the difficulty in accurately detecting and quantifying different pools of amyloid beta at cellular level. To systematically study the cellular toxicity of amyloid beta and identify genetic networks that are involved in modulating amyloid beta toxicity, we aim to establish a series of transgenic C. elegans models of amyloid beta1-42 expression that target the protein to different cellular compartments and different tissue types (specific aim 1). C. elegans provides a number of unique advantages making it possible to generate transgenic models comparatively easier and suitably for high-throughput testing of hypotheses. The new models proposed here will allow us to directly study cellular toxicity of amyloid beta1-42 when its expression is targeted to a specific cellular compartment or specific tissue type. Transgenic lines with a similar amyloid beta1-42 expression level will be selected and amyloid beta1-42 toxicity of different transgenic lines will be directly comparable to each other. We hope each of our models will be able to recapitulate a component of the disease stages of AD. Genetic modifiers of amyloid beta toxicity will be identified by a special technique called genomic RNAi screening (specific aim 2) to help us identify cellular factors and genetic pathways that are involved in amyloid beta toxicity, which can be potentially utilized as therapeutic targets. 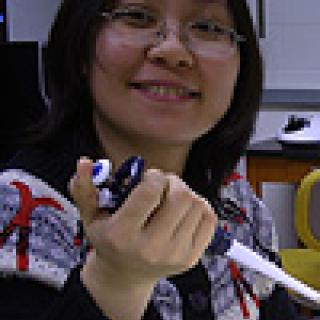