Alzheimer’s disease (AD) is a devastating disorder for which there is no cure or effective treatment. A large weight of evidence suggests that a small protein, known as Abeta, plays a central role in causing AD, however, certain fundamental gaps in our knowledge about Abeta have been ignored or not rigorously addressed. Given the unsustainable burden that AD is now placing on healthcare systems worldwide and the limited resources that can be directed to research, it is essential that outstanding doubts about the role of Abeta in AD be directly and swiftly dealt with. In this proposal, we aim to tackle one central issue - the identification from the human brain of toxic forms of Abeta that cause AD.

For many years the so-called “amyloid cascade hypothesis” has dominated Alzheimer’s disease (AD) research and shaped much of the thinking and drug development efforts in this field. However, for the first time in over a decade, substantial numbers of scientists have questioned the centrality of the beta-amyloid protein (Abeta) in AD. This has largely been driven by the failure of several clinical trials that were testing therapies targeting this protein. Although the trial designs and compounds investigated were imperfect, the negative outcomes from most of these trials are nonetheless worrisome and demand that we carefully re-evaluate the pathogenic role of Abeta in AD. Given the huge amount of effort that has been dedicated to developing anti-Abeta therapies, it would be foolhardy to dismiss advanced leads already in the pipeline, but it would also be inexcusable to persist with research on the wrong target. Thus, it is evident that regardless of whether or not Abeta ultimately proves to be a good target, an inappropriate decision either way on whether to maintain a high level of effort on Abeta research could have serious consequences for the many millions of present and future AD patients who need an effective therapy. In short, there is an urgent need to directly and swiftly clarify the role of Abeta in AD.

The team of Drs. Walsh and Selkoe is employing a unique constellation of methods and expertise in peptide chemistry and biophysics to tackle the central issue of identifying the toxic forms of Abeta present in the human brain that help to cause AD. The outcome of the team’s studies are likely to have two far-reaching effects. First, the identification and characterization of toxic forms of Abeta from humans will then facilitate a rigorous test of the fundamental unresolved questions about Abeta’s role in AD. The results of this test will either encourage the field to continue Abeta-directed therapies or to stop and look for alternatives. Either way, the results from these studies will have a huge influence on drug development efforts. The second far-reaching effect will come into play if the team confirms a causal link between certain forms of Abeta and AD. This may lead to new insight into the mechanism of AD, which could facilitate the development of novel therapies and useful diagnostic biomarkers. 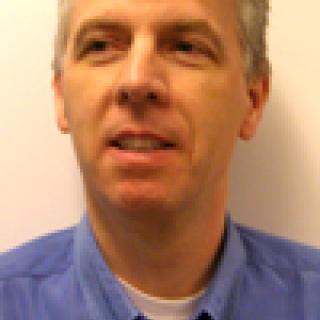