This proposal is designed to characterize the molecular mechanism of how tau protein is involved in forming the toxic neurofibrillary tangles in the affected brain regions of Alzheimer’s disease and frontotemporal dementia. Dr. Asai’s team will determine if this is mediated by transfer of aggregated tau protein from nerve cell-to-nerve cell or from nerve cell-to-glia (non-neuronal brain cells). In addition, there will be specific focus on the role of microglia, the brain resident immune cells (called phagocytes), in the transport of tau across different brain regions in the diseased brain. This study is critically relevant to understand the progression of these devastating diseases with the goal to discover a potential therapeutic target.

The goal of this project is to find a cellular mechanism to understand how an aggregated protein, called tau, spreads in the brain. Tau is a primary component of neurofibrillary tangles, which is a diagnostic hallmark of Alzheimer’s disease. The tangle formation starts in a specific brain region (called the entorhinal cortex), and typically expands to other specific brain regions (called the hippocampal fields), which are important for learning and memory. This pattern of abnormal tau spreading has been known for many years, but the exact mechanism of how this happens is yet to be understood.

Since tau pathology is closely associated with brain inflammation, Dr. Asai’s team hypothesizes that glial cells that are involved in inflammation, particularly the microglia (resident immune cells in the brain), may play a significant role in the spreading of tau protein. The team will study how microglia are involved in the uptake and transfer of tau proteins, using molecular and cellular biological approaches.

The first aim of the study will determine if microglia cells grown in a dish can efficiently uptake and subsequently release tau protein. This may involve activation of stress signal proteins, inflammation, and release of exosomes, small “bubbles” that break off from the main cell. Dr. Asai will study if secreted tau proteins are then transmitted from microglia cells to nerve cells that also will be grown in a dish. Dr. Asai expects that the exosomes secreted from microglia may contain not only tau, but also other inflammatory molecules that may enhance tau modification for rapid aggregation, once they are “delivered” to the nerve cells. In the second aim, Dr. Asai’s team will determine whether depletion of microglia reduces the dissemination of tau in mice genetically engineered to have Alzheimer’s disease. These studies will give clues about the role of microglia and inflammation on the spreading of tau and neurofibrillary tangle formation in the brain. The results of this study may help to identify a novel target for reducing tau pathology in the Alzheimer’s disease brain. 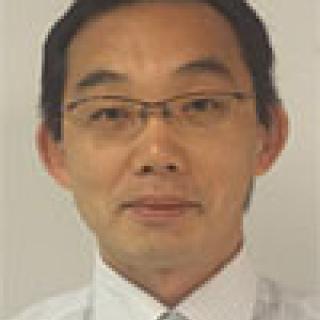