One of the main hallmarks of Alzheimer disease (AD) is the presence of beta-amyloid (Abeta) plaque deposits in the brain. The team of Dr. Liao and Holtzman has developed a new passive immunization approach to target apolipoprotein E, a protein that interacts with Abeta to influence its clearance and aggregation, and to reduce the amyloid plaques in the brain. In this project, Dr. Liao will further explore the timing of intervention, the potential side effects, and the underlying mechanism of this approach.

The objective of Dr. Liao’s study is to use the antibodies that target apolipoprotein E (ApoE)—a protein that also is present in amyloid plaques and regulates beta-amyloid (Abeta) metabolism—to test if they can modify the disease-associated Abeta deposits and the associated disease progression. If the antibodies do have a disease-modifying effect, they will further investigate the mechanisms that lead to those modifications.

Using an AD mouse model which recapitulates the development of amyloid plaques in the brain, the laboratory of Drs. Liao and Holtzman recently found that if they give the mice antibodies that neutralize ApoE before they develop plaques, they can slow down the Abeta disease-associated effects on the brain. In the first aim of the current project, Dr. Liao will inject the ApoE antibodies into the animals after they have developed amyloid plaques in the brain and assess the effects by testing their cognitive behavior, intrinsic brain network function, and amyloid plaque load in the brain. Dr. Liao will also monitor for potential side-effects of the antibodies by looking for cerebral amyloid angiopathy (CAA; amyloid deposits in brain vessels), or CAA-associated vessel rupture or bleeding.

In the second aim, Dr. Liao will investigate the mechanisms underlying the effects of the ApoE antibodies. To determine the site of action, Dr. Liao will perform short-term immunization of the mouse with the apoE antibodies and monitor the distribution of apoE and apoE antibodies in the brain and the blood. In addition, the ApoE antibodies will be applied directly into the brain and the removal of the pre-existing plaques will be monitored using two-photon microscopy (a fluorescence imaging technique) in live mice. To determine whether the function of the ApoE antibodies is mediated by microglia (brain immune cells that migrate to areas of inflammation), they will use activated microglia detection antibodies. They will also culture microglia with plaque-containing brain slices to determine whether microglia uptake Abeta plaques by phagocytosis (by engulfing, internalizing, and recycling the plaques).

Previous studies on AD immunization used antibodies that directly targeted Abeta. Although certain types of Abeta immunization approaches have been successful in animal models and are being tested in humans, some have significant side effects. This project is innovative in that Dr. Liao’s team will change the immune target to ApoE, a protein that interacts with Abeta. Since there has been a history of side effects to immunization treatments, the team will determine if there are fewer side effects with their method than with the previous Abeta immunization therapies.

If the proposed experiments show success in amyloid plaque intervention, ApoE passive immunotherapy should be explored as a potential prevention or early-stage treatment for AD. 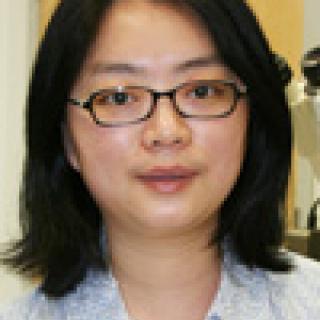