Understanding the genetic risk factors associated with Alzheimer’s disease (AD) is important for identifying and directing successful treatment strategies. Of these risks, a gene known as the triggering receptor expressed on myeloid cells 2 gene, or TREM2, appears to increase the risk for developing AD by altering inflammatory responses and mediating the accumulation of toxic amyloid-beta protein in the brains of experimental mouse models. We propose a strategy that can reduce TREM2 expression in the context of AD and will investigate pathology and inflammation in response to TREM2 loss. Our results will identify the role of TREM2 in AD and help direct future TREM2-targeted therapies for AD patients.

Summary:  One’s risk for Alzheimer’s disease (AD) is partially determined by genetic variations that can influence the development and course of the disease. Often these variations converge on common toxic pathways that promote the damaging features of AD, such as amyloid plaque pathology, abnormal accumulation of the protein tau, and inflammation. Variations in a certain gene called TREM2 (triggering receptor expressed on myeloid cells 2 gene) show strong association to increased risk for developing AD. TREM2 is expressed on the resident immune cells of the brain – the microglia – suggesting a role for TREM2 in the immune response. However, it has not always been clear how TREM2 affects the toxic amyloid plaques and tau tangles that are characteristic of AD. Our project uses a new approach to target TREM2 during the disease time course in an effort to reveal how this particular gene affects amyloid and tau buildup.

Details:  The goal of our project is to understand how TREM2 influences amyloid and tau pathology in Alzheimer’s disease (AD) to guide the development of TREM2-targeted therapeutics. Current understanding of the role of TREM2 in AD pathology and brain inflammation has relied upon mouse models that genetically alter TREM2 from birth. When TREM2 is absent in these mice, both detrimental and beneficial effects have been reported, and these effects may depend on the timing within disease or the mouse model used. To help dissect the role of TREM2 in AD, we are utilizing drugs called antisense oligonucleotides (ASOs) that enable us to reduce TREM2 levels in mice at varying points within disease. We think TREM2 has a complex role in determining AD risk and hope that the use of ASOs will help determine how variations in TREM2 may contribute to disease.

The ability to study the effect of TREM2 reduction at various time points will enable a greater understanding of the TREM2 function in inflammation and how TREM2 affects amyloid or tau deposition. Therefore, we have designed experiments to administer TREM2-targeted ASOs to mice at select periods along the disease time course. Once the ASOs have been administered, we will assess amyloid-beta buildup and quantify microglial and immune responses in the brains of AD model mice. In a separate mouse model that develops tau pathology, we will investigate how ASO-mediated TREM2 reduction alters tau accumulation and tau spread to different brain regions. With the successful completion of this project, we hope to define amyloid- and tau-related responses to TREM2 lowering in mouse models of AD. These results will be pivotal for understanding how to target TREM2 as a therapeutic strategy for AD patients.

The use of ASOs to target TREM2 is new to the TREM2 field, but ASOs have been routinely used to study other dementias and diseases. ASOs offer several unique advantages that will advance our understanding of TREM2 in AD. ASOs can be delivered at select time points, allowing us to determine how TREM2’s function may change with age and disease progression. ASO action also is restricted to the site of delivery – the brain – allowing us to focus on microglial responses that influence AD. Finally, ASOs are clinically relevant and have been deemed safe for use in patients with other neurodegenerative diseases, including Lou Gehrig’s disease (amyotrophic lateral sclerosis, or ALS) and Huntington’s disease. The flexibility and safety of ASOs strengthen our approach to lower TREM2 levels in our experiments.

The support provided by the BrightFocus Foundation plays a vital role in allowing us to more closely investigate the relationship between TREM2 and AD. 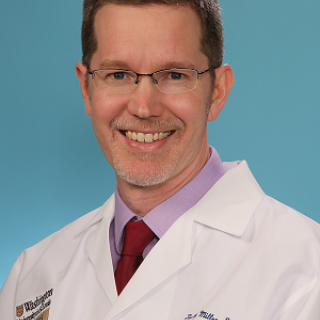