We are only beginning to understand the impact that underlying diseases, including diabetes and cardiovascular disease, have on Alzheimer’s risk and disease progression. Many cases of Alzheimer’s disease (AD) are accompanied by large amounts of vascular pathology in the brain. We have developed a unique mouse model with cognitive deficits reflective of the deficits seen in AD. These mice also experience aneurysms and strokes which indicate the presence of vascular disturbances in the brain. We plan to use this model to test a potential treatment for AD with vascular pathology, involving a drug that already is approved for human use. We will perform MRI imaging at regular timepoints to monitor any effect the drug treatment has on the vascular pathology in the mouse brain, improvement in vascular pathology.

As U.S. population demographics shift towards an older average age, the potential confluence of obesity, Type 2 diabetes, and age-related neurological dysfunction could become a public health disaster. To investigate this problem, we developed a mouse model that becomes rapidly obese and diabetic, and also develops amyloid pathology with increasing age. The most remarkable feature of this mouse model is that it develops a striking phenotype of cerebrovascular pathology, including aneurysms and strokes, and displays profound cognitive impairment. We believe that ours is a unique model of AD with significant cerebrovascular disease, an understudied variation of AD for which there are only limited treatment options. Our plan is to utilize this model to investigate a potential treatment approach for AD with cerebrovascular complications.

The central question of this proposal is: Can we take advantage of this novel model for preclinical therapeutic development? We propose to tap into our knowledge of biological processes that lie at the conflux of cerebrovascular disease, obesity, and metabolic dysfunction, and take advantage of an already approved, clinically useful drug that, in theory, might alter the disease course. We hypothesize that this drug will prevent or reverse the age-related cerebrovascular pathology and cognitive dysfunction in mice using the model described above.

This proposal holds potential for making progress towards a new therapeutic option for AD with significant cerebrovascular comorbidity, a neurologic disorder that is both poorly understood and has only limited treatment options. By using a drug that is already approved for human use, we are closer to a clinically viable treatment strategy than if we were attempting a purely theoretical approach. A major innovation is the use of our novel mouse model with unique features, combining obesity and AD, and exhibiting significant age-related cerebrovascular pathology and cognitive dysfunction. This project holds the potential to advance our understanding of the major underlying causes of cerebrovascular disease as a comorbidity in the AD brain. 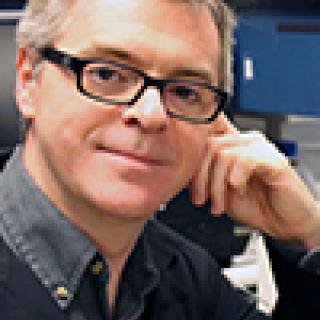