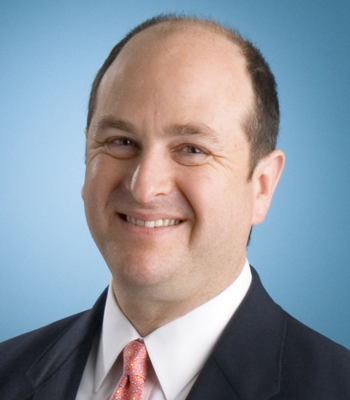 With several BrightFocus grant projects, Schuman has led research to develop advanced imaging for glaucoma and other vision diseases, which has led to advances in  detection and early treatment. BrightFocus support for his early career is an example of our success in funding world-class breakthrough science that advances treatment and, in his case, helped shaped a clinical expert who has trained others in the all-important imaging techniques he helped develop.

Most notably, Schuman was a member of the team that developed a groundbreaking medical imaging procedure called optical coherence tomography (OCT) that creates a 3-D map of the eye. This quick and non-invasive procedure allows ophthalmologists to measure the thickness of the optic nerve and to assess the nerve and surrounding tissue for signs of stress caused by pressure elevation. OCT is rapidly becoming the practice standard for diagnosing glaucoma and monitoring its progression. It makes it possible to intervene and reach treatment decisions earlier and is invaluable in helping to preserve precious sight.

Since his pioneering work to develop OCT, Dr. Schuman has explored other  innovative applications of OCT, including to combine OCT with Doppler technology for his 2010-12 BrightFocus grant project, "A New Non-Contact Measurement of the Process that Controls Eye Pressure," and on the development of other imaging technologies for glaucoma. Most recently he served as co-principal investigator with 2013-15 BrightFocus grantee Kevin Chan, PhD, on a project exploring the use of magnetic resonance imaging to track the earliest degenerative impact of glaucoma-related pressure elevations on vision pathways in the brain.

We thank Joel Schuman for his leadership in the field and applaud his new appointment.