Retinal ganglion cells (RGCs) form the optic nerve, which carries vision from the eye to the brain. These ganglion cells are the part of the eye that is primarily affected by glaucoma; however, these cells are very difficult to study in the laboratory. Consequently, the team of Drs. Fingert and Tucker has used a stem cell-based approach to generate RGCs in culture. The team will use these cells to study the mechanism by which a known glaucoma gene, TANK binding kinase 1 (TBK1), leads to RGC loss and eye disease. These studies will provide new insights in the biology of glaucoma and will facilitate the development of new glaucoma therapies.

This research project will allow scientists to study for the first time the genetic causes of glaucoma in the tissue that is affected by the disease, the retinal ganglion cells of the optic nerve.

In the first aim of the project, the team of Drs. Fingert and Tucker is collecting skin cells from patients with known glaucoma-causing mutations in the TBK1 gene. The team will force the skin cells to take on features of optic nerve cells in a two stage process. First, skin cells are converted into adult stem cells. They will do this by using a virus to activate four genes (OCT4, SOX2, KLF4, and c-MYC) in the skin cells. Activation of these four genes induces the skin cells to become stem cells—cells that have the ability to divide and eventually form any cell type in the body, including optic nerve cells. Next, the team will force the stem cells to become optic nerve cells by growing them in culture media containing a specialized mix of growth factors and proteins.

The research team is using this approach to produce a collection of cultured optic nerve cells from several patients that carry a particular glaucoma-causing mutation in the TBK1 gene, and also cells from several individuals without glaucoma. This resource allows Dr. Fingert’s team (and other researchers) to investigate how a TBK1 mutation causes optic nerve disease, by studying the function (or dysfunction) of the TBK1 gene in optic nerve tissue rather than a more accessible substitute tissue.

Dr. Fingert believes that these experiments and the data they produce will reveal the basic mechanisms that lead to optic nerve damage, vision loss, and glaucoma. The results of these experiments may show that activation of autophagy is an important step in the development of glaucoma. Further studies of the autophagy pathway using these stem cell-derived optic nerve cells may provide additional insights into the causes of glaucoma at the molecular level and may also suggest new therapeutic interventions to reduce autophagy activity and treat or prevent disease. 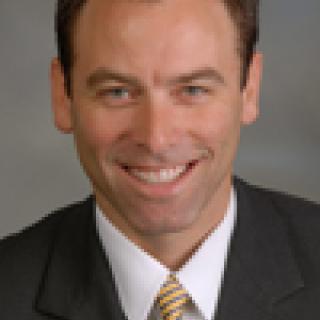