Lowering of intraocular pressure (IOP) in glaucomatous patients may slow or stop progression of damage to their optic nerve. Some of the pathology responsible for the elevated IOP associated with glaucoma lies in the conventional aqueous humor outflow pathway, which is the eye’s main drainage system for aqueous humor, a fluid bathes the lens and circulates through other parts of the front of the eye. Somewhat remarkably, no current pharmacological therapy for glaucoma is directed at this pathway. This project focuses on genetic factors affecting that pathway, specifically, the functional role of non-coding RNAs on the nitric oxide system and their potential involvement in regulation of the conventional outflow pathway. The investigation could lead to a new therapeutic approach that would add to current therapies and prove useful in preventing disease progression.

Many studies have suggested that nitric oxide signaling is involved in the regulation of intraocular pressure (IOP). We have preliminary evidence showing that micro RNAs (miRNA) that regulate nitric oxide synthases are altered in cells of the glaucomatous aqueous outflow pathway. We propose that the elevated IOP, the characteristic of glaucoma, is due to altered miRNA expression in these cells. Our hypothesis is directly testable and, if supported, will suggest novel methods by which proper regulation of IOP can be restored to the glaucomatous eye, thus providing a restorative therapy that reverses and possibly cures ocular hypertension.

The flow resistance of the conventional aqueous humor outflow pathway determines IOP. This pathway is lined with a glycocalyx that is known to regulate nitric oxide release in response to increased fluid shear stress, an expected consequence of elevated IOP that occurs in glaucoma. Nitric oxide release leads to cell relaxation, a process that has already been shown to lower outflow resistance and decrease IOP. Our finding of expression alterations in miRNAs that regulate nitric oxide synthase strongly suggests that such changes are a key step in loss of IOP regulation characteristic of primary open-angle glaucoma.

Lowering of IOP in glaucomatous patients (whether or not their IOP is elevated) slows or stops progression of damage to their optic nerve. The pathology responsible for the elevated IOP characteristic of glaucoma lies in the conventional aqueous outflow pathway. Somewhat remarkably, no current pharmacological therapy for glaucoma is directed at this pathway. Not only would such a treatment focused on the conventional outflow pathway be additive to current therapies, it also has great potential to restore tissue function and cure ocular hypertension.

To test our hypothesis, we have designed two specific aims. In the first aim, we will examine a larger number of cell strains to confirm our initial findings of changes in expression of miRNAs in glaucomatous outflow pathway cells. The role of these miRNAs in nitric oxide regulation will be confirmed in functional tests on these cells. The effects of these miRNAs on IOP will be tested in mouse eyes.

We are the only group in the world to have the unique resource of fully characterized Schlemm’s canal (SC) cells isolated from normal and glaucomatous eye donors. To better understand the molecular mechanisms that underlie the differences between normal and glaucomatous outflow pathway cells, recently we analyzed miRNAs isolated from SC cells and discovered significant changes in miRNAs that impact the nitrous oxide signaling (NOS) pathway. While NOS is known to impact outflow function, the role of miRNAs in the regulation of NOS expression and outflow cell stiffness has not been explored previously.

Our team of experts includes a molecular/cell biologist (Fuchshofer), bioengineer (Johnson), biochemist (Kretz- specialist for lncRNA, and Meister, specialist for miRNAs), and pharmacologist/physiologist (Stamer). As such, we are uniquely qualified to specifically test whether these miRNAs impact stiffness of outflow cells (atomic force microscopy studies) leading to alteration of the outflow facility (organ cultures) and whether stiffness changes in glaucomatous cells can be reversed. The idea that changes in genetic regulation of cell relaxation in SC cells and TM cells underlie pathological behavior in the glaucomatous outflow tract is novel and testable.

The identification of differential regulated miRNAs controlling the NOS system in glaucomatous SC cells will have an important translational impact. The understanding of the functional role of miRNAs will be an important step toward restoring the homeostatic balance of the outflow regulation in the glaucomatous tissues and will lead to new therapies. We are grateful for the support of BrightFocus Foundation. 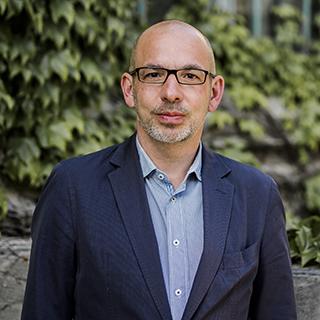