The Role of CXCL10/CXCR3 in Neurodegeneration during Glaucoma

Glaucoma is the second leading cause of blindness worldwide, which occurs due to neuronal cell death in the retina and is associated with increasing pressure in the eye, or intraocular pressure (IOP). However, treatment to lower eye pressure is not always effective for preventing the progression of glaucoma. Therefore, we will test whether two proteins called CXCL10 and CXCR3 are involved in retinal inflammation and neuronal cell death during glaucoma. Our final goal is to develop novel therapeutic approach to protect glaucoma patients from blindness, for example, by inhibiting the functions of CXCL10 and CXCR3.

Glaucoma shares important features with neurodegenerative retinal diseases, including loss of retinal ganglion cells (RGCs) and optic nerve degeneration. However, the mechanisms resulting in optic nerve damage and RGC death in glaucoma are still unclear. Therefore, more studies are needed of the various pathways leading to RGC death in glaucoma; these will help us to discover effective therapies and treatments to slow or prevent RGC death and optic nerve degeneration and help the eyes maintain their physiological function.

The current clinical standard for glaucoma treatment is mainly aimed at lowering IOP, but is not always effective. We propose to test a novel hypothesis, that activation of chemokine receptor CXCR3 has an essential role in retinal inflammation and neurodegeneration in glaucoma. Through our findings we hope to provide the first evidence that chemokines, a group of 8-10 kDa cytokines directing leukocyte migration during inflammation, are involved in the pathogenesis of glaucoma. Our research application also uses a novel real-time imaging technique to determine leukocyte rolling and infiltration in the glaucomatous retina. Our plan calls for specifying the contributions of CXCR3 expressing cells versus leukocytes in the retina through a process involving bone marrow transplantation with our newly developed CXCR3KO-GFP mice. Our final goal is to develop novel therapeutic approach to protect glaucoma patients from blindness by inhibiting the CXCL10/CXCR3 signaling.

The Role of CXCL10/CXCR3 in Neurodegeneration during Glaucoma 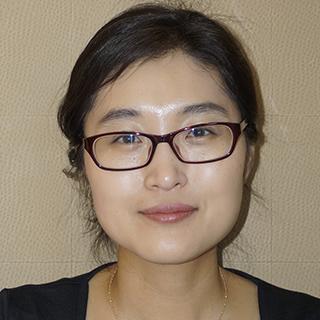