Our goal is to understand the earliest steps of injury to the optic nerve cell, or retinal ganglion cell (RGC), in glaucoma. In glaucoma, the cells of the optic nerve die and can lead to blindness. Although we know that these RGCs are injured in glaucoma, we do not yet understand the steps between optic nerve cell injury and death; nor do we know whether other cell types in the retina are also affected by elevated intraocular pressure. A detailed understanding of the earliest changes that occur will allow us to design treatments that can rescue these injured optic nerve cells before irreversible cell death occurs.

Our laboratory is focused on how RGCs degenerate in glaucoma in order to improve diagnosis and treatment of this disease. The retina is composed of multiple layers of interconnecting nerve cells, with the RGC being the final “output” nerve cell, or neuron, that transmits all of the light information received by the retina to the brain where it is processed. We are identifying some of the earliest changes in the retina, specifically at the synapses, which connect RGCs with their partners. Synapses are the connections where information from one neuron passes to another. In the case of the RGC, it receives information via synapses from bipolar cells, another type of neuron. A second goal of this project is to understand whether the bipolar cells are responding to elevated eye pressure and altering their synapses in response. Finally, recent studies have highlighted the importance of components of the immune system, specifically complement, in tagging these damaged synapses for elimination. We will study whether these components are increased in the specific cells that are most prone to injury from glaucoma.

Our investigations are innovative because understanding how these connections, or synapses, are affected in glaucoma is relatively unexplored territory. Knowing the precise effects of glaucoma on the synapses between RGCs and bipolar cells will open up new avenues for designing better diagnostic tests, where we can catch and track the progression of the disease earlier, before optic nerve cells die. In their case, death is irreversible; unlike some other cells in the body, optic nerve cells are not capable of regenerating.

This project will also open new avenues for treatments, as stabilizing synapses is potentially a target for which one could design medications. Additionally, if cell transplantation were to be pursued as a treatment for glaucoma, it would be important to understand how the remaining circuitry of the eye behaves in glaucoma, as these transplanted cells would need to be able to form appropriate connections with partner cells. 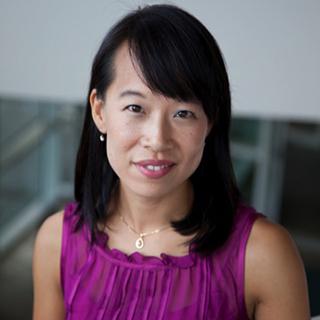