Our research has identified a new gene (APBB2) that is the first risk factor for glaucoma that is unique to African American populations and may explain in part why they are at much higher risk for glaucoma that other groups. Our preliminary data suggests that APBB2 promotes risk for glaucoma by increasing production of APBB2 protein in the retina and in turn increasing deposition of toxic beta-amyloid there too. The current proposal seeks to understand what DNA sequences are responsible for controlling APBB2 gene activity and thus the production of beta amyloid in the retina and risk for glaucoma. We are especially excited about the overlap between what we are learning about glaucoma biology with our research and what is known about Alzheimer's disease and how our experiments may benefit both areas of investigation.

Our previous work has shown that variants in the APBB2 gene are associated with increased risk for glaucoma in people of African ancestry. Our preliminary data suggests that APBB2 risk alleles promote glaucoma by increasing APBB2 protein production (and ultimately by increasing beta-amyloid production) in retinal tissues. Thus, it is our hypothesis that APBB2 variants promote glaucoma by increasing beta-amyloid production in the retina. The goal of our BrightFocus project is to determine how variants in the APBB2 gene affect expression of APBB2 mRNA. We will work towards our goal with two specific aims described below: Aim 1. Determine which APBB2 gene isoform is primarily expressed in the retina. We will collect RNA from human retinae and via several methods (RT-PCR and RNA-Seq and single-cell sequencing) determine which of the many APBB2 gene isoforms is primarily produced in human retina. This experiment will reveal which APBB2 isoforms are most important in the tissues of the eye that are relevant to glaucoma (i.e. the retina and retinal ganglion cells). Aim 2. Identify regulatory sequences that control APBB2 expression levels. We will map the "enhancer sequences" that control expression of APBB2 with a stepwise assessment of DNA segments flanking the APBB2 gene using a “promoter bashing” approach. Potential APBB2 regulatory sequences will be cloned into a vector with a minimal promoter. Active regulatory sequences will be recognized by their ability to increase transcription of a reporter gene. Our work to identify the regulatory sequence that control and modulate APBB2 expression will clarify key steps in glaucoma pathogenesis related to the APBB2 gene. Our work has several innovative features. We recently discovered the first genetic risk factor, APBB2, that is unique to glaucoma in patients with African ancestry, a population that has been understudied despite its extremely high prevalence of disease and blindness. Moreover, we have provided the first definitive links between genetics and pathophysiology of glaucoma and Alzheimer's disease. We have that a variant in the APBB2 gene promotes deposition of increased beta-amyloid in the retina – the same protein that is involved in the pathophysiology of Alzheimer’s disease. Consequently, our work may provide insights into common disease pathways and the potential for therapeutic strategies that are relevant to both glaucoma and Alzheimer's disease. With this research project, we will begin to unravel the mechanisms by which the APBB2 gene variants confer risk for glaucoma (and potentially Alzheimer's disease too). These experiments will extend our prior work and will take the first steps towards identifying pharmaceutical modifiers and new therapeutic targets for APBB2-related glaucoma. 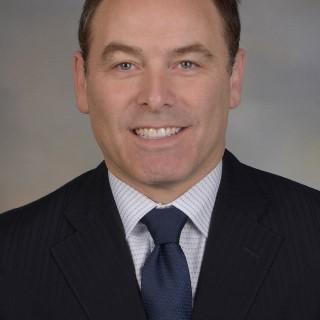