We will study the way to contrast the excess of glutamate release on the retina, part of the retinal dysfunction in Glaucoma, to neuroprotect this brain tissue from degeneration and visual loss.

The project aims to study the mechanisms of the excess of glutamate release as potential toxic sign for retinal cell death and visual field loss in glaucoma. The authors propose to investigate, in the retina, a protein/protein interaction, between two presynaptic proteins JNK2/STX1a, that they previously described to control the excess of glutamate release in the brain. Later they suggests to specifically contrast this toxic glutamate release mechanism by using a specific molecule (JGRi1) and to test it in a long term mouse model of glaucoma (microbeads occlution model).

The uniqueness of this project is the scientific approach behind the neurodegeneration in glaucoma. The excess of glutamate release, which causes neuronal cell death, involves the NMDA receptors. The pharmacological inhibition of the NMDA receptors to reduce neuronal cell death of the retina has been tried for many years with very low clinical success. Here we propose to study an innovative NMDA related mechanism that is at the bases of the cell death and to tackle the retinal dysfunction with the usage of a new molecule able to reduce toxic glutamate release.

Once the project will be completed we would have a large number of observations that will tell us whether the molecular mechanism we are here proposing to study to contrast the neurodegeneration in glaucoma is working. If it will work we will have a new molecular target that can be used to formulate new drugs to contrast retinal degeneration and to contrast visual field loss and with a low toxicology profile, which it is a great innovation respect to what has been developed so far. 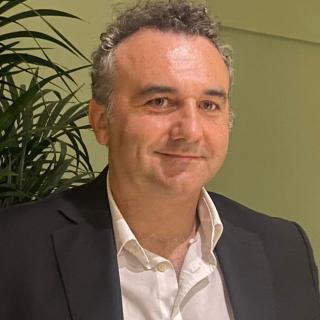