Oxidative Stress and SUMOylation in Pathobiology of Trabecular Meshwork

Glaucoma is related to overstimulation of certain genes and related proteins in the trabecular meshwork (TM). It’s a condition thought to be caused in part by reduced expression of antioxidants, which results from aging or oxidative stress. We propose to examine further the underlying causes and mechanisms by which pathobiology of the TM develops, and explore novel targets for glaucoma therapy, including antioxidant therapy based on the protective protein Prdx6.

Elevated intraocular pressure (IOP) is strongly linked to onset of etiopathology and progression of glaucoma. We hypothesize  that a major event in the elevation of IOP is associated with trabecular meshwork (TM) pathobiology caused by  a decline in expression and activity of naturally occurring antioxidant(s) like peroxiredoxin 6 (Prdx6), making cells more vulnerable to cellular and  oxidative stress-induced insults. Our study is aimed at revealing the underlying causes and mechanisms of pathobiology of TM and establishing the role of Prdx6 in delaying or protecting TM cell pathobiology. Results of this research can serve as a foundation for novel and effective Prdx6 expression–based therapy that can reverse pathobiology in the TM and treat or prevent glaucoma.

Goals of the project include delineating oxidative stress-mediated adverse signaling that causes pathogenic changes to the TM and evaluating the efficacy of Prdx6 delivery in reversing the progression of TM pathobiology.

Dr. Singh and colleagues will focus for the first time on the role of Prdx6 in maintaining TM cell homeostasis and protecting cells against stressors. This will include investigating how and when Prdx6 expression and activity are repressed by aberrant signaling mediated by oxidative stress-driven SUMOylation (i.e., modification of other cell protein functions by Small Ubiquitin-like Modifier, or SUMO, proteins, which are a relatively newly defined  family of small proteins ), and how this leads to TM cell pathobiology. The proposed research will also show that delivery of Prdx6 to glaucomatous cells breaks the process of senescence-pathobiology by blocking overstimulated expression of extracellular matrix (ECM) proteins and reactive oxygen species (ROS)-driven oxidative stress–induced overactivation of s transforming growth factor β (TGFβ) and their abnormal signaling.

First, it addresses an important eye disease by providing proof of the concept that a weakened antioxidant defense system causes aberrant functioning of TM cells. A particularly innovative aspect of this proposal is our hypothesis itself. Specifically, we hypothesize that the loss of Prdx6 expression and activity in TM cells due to oxidative stress-evoked aberrant SUMOylation of Prdx6, results in elevated expression of ROS and activation of TGFβs-mediated abnormal expression of ECM protein. This abnormal mechanism operating within the cellular microenvironment results in cellular pathobiology and senescence of TM cells. Another innovation is we are utilizing Prdx6-linked to TAT (transactivator of transcription) transduction domain for delivering Prdx6 to reverse pathophysiological signaling of glaucomatous TM cells.By establishing the role of Prdx6 expression and activity in protecting cells and delaying TM cell pathobiology, and demarcating the molecular pathways and clinical relevance of the experimental findings, it may be possible to tailor one of the body’s novel and effective naturally-occurring antioxidants, Prdx6, as a therapy for glaucoma as well as oxidative stress-associated degenerative diseases in general. This proposal also is extremely relevant from a clinical standpoint because we are investigating way(s) to attenuate pathobiology of TM. If successful, oxidative stress-evoked SUMOylation-mediated signaling will become another new target for drug discovery (and development of SUMOylation-based therapy against glaucoma.

Oxidative Stress and SUMOylation in Pathobiology of Trabecular Meshwork 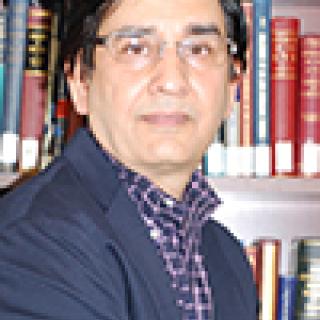