Nerve cells called retinal ganglion cells (RGCs) form the connection between the eye and the brain. In glaucoma, these nerve cells die and vision is permanently lost. We have previously shown that a protein called dual leucine zipper kinase (DLK) is critical for the death of these cells. Thus, this proposal seeks to develop a gene therapy vector that might interfere with DLK and prevent RGC death and accompanying vision loss.

Our lab is developing gene therapy strategies to treat optic neuropathies, potentially blinding diseases of the optic nerve. They are characterized by the loss of retinal ganglion cells (RGCs), the nerve cells that transmit visual information from the retina to the brain. The most common form, glaucoma, is a leading cause of worldwide blindness. Conventional therapy for glaucoma focuses on lowering the eye pressure, but this can be challenging in some while others worsen despite aggressive pressure-lowering. Thus, our lab has been interested in developing a novel neuroprotective strategy that directly interferes with the cell death process in RGCs.

To do this, we have screened through all of the genes in RGCs to identify those whose inhibition is the most effective at promoting RGC survival. This work led to the identification of dual leucine zipper kinase (DLK) as a key mediator of RGC cell death, and an exciting potential target for glaucoma neuroprotection. In this proposal, we are using a new technology called CRISPR editing to target DLK and prevent RGC cell death. In the first part of our study, we will validate that we can successfully target DLK in a rodent and that the strategy is effective at inhibiting DLK function. We will also test the safety of such an approach. In the second half of the study, we will test whether our gene therapy vector is effective at halting the progression of an optic neuropathy in rodents.

While CRISPR technology has the potential to revolutionize medicine, there are some limitations with respect to delivering this gene-editing machinery to cells. This work is based on a technology that solves some of these limitations. If successful, this would springboard the clinical development of this technology for glaucoma neuroprotection and potentially other diseases amenable to CRISPR-editing. 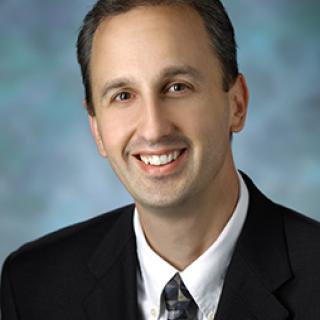