A New, Inducible, and Rapid Model of Glaucoma in Mice

Philip J Gage, PhD Regents of the University of Michigan

Mouse models provide an important way to study how mutations in a gene cause disease, and to develop new potential therapies to treat the disease. Dr. Philip Gage’s team has made mice that contain a genetic "switch" that lets them turn off a juvenile glaucoma gene (called Pitx2) in mature mice. These mice appear to provide a model for studying glaucoma that is both inducible and develops rapidly, meaning that they and others should be able to make exciting discoveries more rapidly and at a much cheaper cost. The team plans to look much more carefully at these mice in order to more completely understand how they work.

The overall goal of this research is to further characterize a promising new mouse model for the study of mechanisms leading to glaucoma.  In this model, the critical Pitx2 gene—that is associated with a form of glaucoma that develops in children and teenagers—is “turned off” in experimental mice by the research team through administration of a drug.  In earlier studies, Dr. Gage’s team developed evidence suggesting that these mice develop changes in their eyes that are consistent with glaucoma.  In the first two aims of this research grant, the team will employ clinical techniques that are commonly used on human patients to further characterize the functional changes in the eyes of these mice.  In the third aim, they will quantify the specific changes to the retina and optic nerve in these mice.

Common features that frequently emerge in patients prior to the onset of vision loss in glaucoma are a set of characteristic changes to the front of the eye, within the angle formed by the cornea and the iris.  These changes contribute to elevation of eye pressure, which is a primary risk factor linked to open-angle glaucoma.  In aim 1, the team will use common clinical techniques to assess whether “turning off” the Pitx2 gene in mice leads to changes within the angle that are comparable to those seen in human patients.

Increased pressure within the eye is a second common feature in patients that presages the changes in vision due to glaucoma.  In the aim 2, the team will measure eye pressure in the mice to determine whether pressure becomes elevated after the Pitx2 gene is turned off.

This new potential mouse model of glaucoma t has two features that set it apart from other glaucoma models in mice.  First, it is inducible, meaning that scientists can control precisely when the Pitx2 gene is inactivated.  Secondly, the onset of disease-related changes appears to occur within months, as compared to a year or more for symptoms to develop in previously available mouse models of glaucoma.  This rapid onset promises to greatly accelerate the pace at which research into the mechanisms underlying glaucoma and the development of new potential treatment options can be conducted.

A New, Inducible, and Rapid Model of Glaucoma in Mice

Philip J Gage, PhD Regents of the University of Michigan 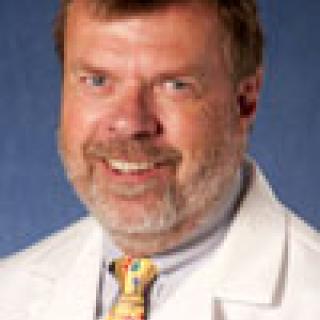