A Mouse Glaucoma Model and Cell Therapy for Glaucoma

Glaucoma is a leading cause of irreversible blindness. Elevated intraocular pressure (IOP) is a major risk factor for glaucoma, and it is controllable. The trabecular meshwork (TM), spongy issue near the surface of the eyeball, acts as a drainage system for the aqueous humor, a transparent, gelatinous fluid that fills the space between the lens and the cornea of the eye and nourishes the lens. When this TM drainage system becomes blocked, as can happen from irregularities in the cells and matrix of the meshwork, the blockage can lead to a build-up of aqueous fluid in the eye and subsequent elevation of IOP. We have isolated and characterized immature cells from the TM with the ability to seek out and repair the damage in this tissue. Our research will consist of modelling elevated pressure by damaging the TM in a mouse model and then attempting to rebuild and restore a functioning meshwork and reduce the intraocular pressure with cell therapy using immature TM cells.

Glaucoma is generally recognized as a group of diseases that increase pressure in the eye through a malfunctioning of the trabecular meshwork (TM), which is an outflow track that maintains regular pressure in a healthy eye. Dr. Du and colleagues are developing and characterizing a mouse glaucoma model by inducing endoplastic reticulum stress in the trabecular meshwork. The team has identified a cell population from the TM and will apply these cells to the mouse model to investigate cell-based therapies for glaucoma and prevention of glaucomatous blindness.

Details. It has been suggested that age- and disease-related decreases of TM cellularity and accelerated apoptosis and senescence of the cells are associated with glaucoma. Increased endoplastic reticulum stress in the TM has been reported to cause intraocular pressure elevation. Dr. Du and colleagues are testing the different effects of several endoplastic reticulum stress inducers on cultured TM cells and extracellular matrix the cells secrete. The team will treat mice with the endoplastic reticulum stress inducers and characterize their effects on the corneal endothelium, TM, outflow facility, intraocular pressure and optic nerve damage by elevated pressure. They will optimize the delivery system and dosage. When the mouse model has been developed and characterized, the team will apply TM cells to the mouse model and investigate their ability of to remodel the structure of the outflow tract, decrease intraocular pressure and prevent optic nerve damage.

When this study is complete, Dr. Du and colleagues will have developed a mouse model that will elucidate the relationship between TM cellularity and intraocular pressure elevation. Their study will direct the development of cell-based therapies for glaucoma, which will lead to a revolutionary advance in treatment for glaucoma.

A Mouse Glaucoma Model and Cell Therapy for Glaucoma 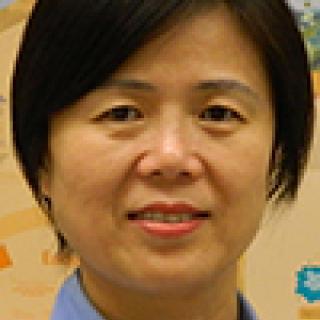