The ability to detect glaucoma as early as possible is important for treating the disease in a timely manner. The team of Drs. Lim and Danias has recently found a new way of imaging the retinal nerves, where aspects of the imaging readout are particularly useful for identifying the subtle changes associated with glaucoma. This project will use the technique newly developed by Drs. Lim and Danias to understand how glaucoma occurs.

The project goal of Drs. Lim and Danias is to detect glaucoma at an earlier stage than currently possible by means of a novel imaging technology.

Today, glaucoma cannot be diagnosed early enough to prevent further loss of vision. Since disruption of microtubules, an important cytoskeletal element in the retinal nerves, happens at early stages of the disease, this could be used to build a strategy for early detection. Drs. Lim and Danias have developed a novel way to specifically monitor the cytoskeletal element and visualize the retinal nerve fibers without using an imaging contrast. Drs. Lim and Danias are using the new imaging technique on animal models of glaucoma to validate the method and also to better understand the early events of glaucoma.

Since the technology has never been applied to glaucoma, it is likely to shed new light on the disease process. This will allow the team to investigate, for the first time, the timing of microtubule disruption in the progression of glaucoma relative to other degenerative hallmarks, and also whether it is a reversible part of neuronal death.

When this study is complete, Drs. Lim and Danias will have the knowledge of how the breakdown of microtubules is involved in the progression of glaucoma. This is crucial to determine whether the event can be used as a marker of the disease. They will be also able to learn whether the molecule would be a good target for therapy. 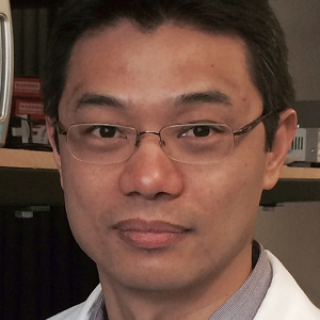