An Implantable System for Intraocular Pressure Measurement and Control

To understand the causes and effects of glaucoma, researchers often rely on animal models whose eye pressure is elevated by experimental means. Traditional methods of elevating pressure can reproduce key features of the disease, but they are limited by factors that are difficult to control, including finite success rates, sporadic pressure information, and variable exposure histories. These limitations hamper research progress and may prevent major breakthroughs. The aim of this project is to develop a wireless implantable device for continuous measurement of eye pressure. The device will be incorporated into a smart pump system that would for the first time give glaucoma researchers and clinicians unprecedented control over eye pressure level.

Dr. Passaglia is engineering an implantable device that continuously records eye pressure and wirelessly sends the data to a remote computer for storage and analysis. The device is intended for use in rats and larger mammals, which could include humans. It will give researchers, and ultimately clinicians, a detailed log of eye pressure history, which is essential for interpreting the impact of pressure on the eye and its relationship to glaucoma, as well as (potentially) the impact of treatment.

To understand the causes and effects of glaucoma and devise new treatments, researchers often use animal models in which eye pressure is increased by genetic or experimental means. The onset and time course of pressure changes are usually monitored in these animals by taping a handheld tonometer to the cornea. This is a laborious effort that is rarely done more than once a day, which means that moment-to-moment fluctuations in eye pressure and the impact of those fluctuations on eye function go unnoticed. The frequency of pressure readings is even more sporadic in a clinical setting, raising questions about the possible role of unseen pressure spikes in the disease.

Dr. Passaglia’s lab aims to address these issues by developing a wireless eye pressure sensor that is implantable in rats, a popular animal model for glaucoma research. A prototype has been built that directly measures pressure via a fine cannula running from a sensor placed under the skin to the anterior chamber of the eye. The cannula remains in position for months on end without damaging internal tissues, even in the freely-moving eye. The broader goal is to translate the system to larger mammals, which could include humans. There is a great need for such a system because commercial pressure-measurement devices were not designed for the eye and thereby suffer from issues of implant size, signal drift, transmission range, and battery life.

Dr. Passaglia’s lab is using the system to characterize the variability of pressure in normal and glaucomatous rat eyes in order to evaluate the hypothesized role of pressure history in glaucoma. Once fully functional, the system will also be made available to interested researchers to help speed progress in the fight against this thief of sight.

An Implantable System for Intraocular Pressure Measurement and Control 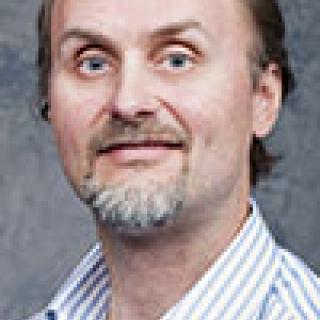