A fundamental principle of biology and evolution is that organisms, and cells, adapt to a stress imposed on them so that they can better handle that stress if they encountered it again in the future. The studies in this research project are designed to leverage this concept as a way of protecting the eye from glaucoma. In particular, we will test whether intermittently exposing mice to a hypoxic (ie, low-oxygen) stress, that by itself is not harmful, will trigger adaptive responses in the eye that make it more resistant to the damaging effects of glaucoma. If successful, these studies will confirm the presence of innate protective responses in the eye that someday could be activated in humans with glaucoma, thereby reducing the vision loss and blindness that characterize this devastating disease.

The goal of this project is to use a well-established genetic mouse model of glaucoma to determine if repeated exposures to hypoxia (the breathing of air with lower-than-normal oxygen content), initiated after the onset of intraocular pressure elevation, can prevent or slow the progression of disease. We have previously shown that activation of innate neuroprotective pathways by repeated hypoxia exposures prevents neurodegeneration of retinal ganglion cells in a short-term or acute, surgically-induced model of experimental glaucoma in mice. Demonstrating that this therapeutic approach provides beneficial effects in another mouse model of glaucoma is critical before moving the therapy to glaucoma patients.

As our first aim, we will examine the survival of both the cell bodies and the axons of retinal ganglion cells, as well as the overall functional performance of the visual system of the mouse, after 4.5 months of treatment, to quantify injury in untreated mice and protection in mice receiving intermittent hypoxia. As our second aim, we will investigate these same injury and protection metrics at an earlier timepoint (after 3 months of treatment) to understand the effect of our intermittent hypoxia protocol on the "kinetics" of disease progression, since it is possible that our treatment only slows the rate of disease, but does not stop the ultimate extent of damage. We will also examine whether the protection we expect to see manifested by intermittent hypoxia affects the status of blood cells called monocytes. In previous studies, we have shown that monocytes infiltrate the optic nerve at the back of the eye and contribute to retinal ganglion cell injury.

Activating innate mechanisms in the retina itself that are capable of protecting this tissue from glaucoma-type injury represents a novel, "epigenetics"-based approach to treating this disease, one that depends on changes in expression in many of the retina's own genes to afford protection, and not on the administration of a specific drug that blocks a molecule or pathway thought to be destructive. These pleiotropic (ie, deriving multiple effects from a single therapeutic) or multi-modal approaches to protecting retinal ganglion cells are likely to have a greater chance of succeeding than monotherapy-based approaches.

Should this treatment strategy prove efficacious in this longer-term genetic model of glaucoma, just as it has in our short-term glaucoma model, then very strong proof-of-concept data will be available to serve as a foundation in designing studies that test this same kind of therapeutic approach in patients at high risk for developing glaucoma, as well as those in the early stages of glaucoma. Conceivably, such therapies may consist of breathing hypoxic air in a repetitive fashion, or a treatment that mimics exposure to hypoxia, some of which have already been established in animal models of retinal disease. 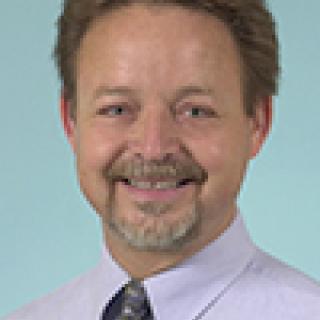