Genetics of Homocysteine Metabolism in Glaucoma

Cysts in the iris can block the ability of fluid to flow out of the eye, leading to build up of pressure in the eye and glaucoma (damage to the optic nerve).  We will study a new angle closure glaucoma gene, MTRR, which we found by studying a large family with iris cysts. We will study the biochemical and functional changes to this protein that have been caused by the mutation. We also plan to study the role of the normal protein in the eye.  We will then screen for mutations in this gene in a different, common form of glaucoma which has been associated with this same biochemical pathway. These investigations will begin detailing the role of homocysteine metabolism in glaucoma and may lead to the development of future therapies. The discovery of this new angle closure glaucoma gene has raised the possibility that we might be able to develop dietary interventions to prevent or limit the severity of types of glaucoma that involve homocysteine metabolism.

Glaucoma is a leading cause of irreversible blindness worldwide. Among several forms of glaucoma involving elevation in intraocular pressure (IOP), angle-closure glaucoma involves obstruction of fluid access to the outflow facility. Recently, elevated levels of homocysteine and disruptions in in a pathway called one-carbon metabolism have been associated with pathogenesis of multiple subtypes of glaucoma, but it remains unclear how this metabolic abnormality is involved in each distinct kind of glaucoma. Also recently, through a combination of gene mapping and sequencing, we identified a mutation in a one-carbon metabolism gene called MTRR in a hereditary form of angle-closure glaucoma that results from multiple iridociliary cysts (MICC). In this condition, protein-rich fluids accumulate within the iris, forming cysts and blockage the ability of aqueous fluid to drain out of the front part of the eye. This leads to elevated IOP that can lead to glaucoma.  The underlying developmental mechanism of this disorder is unknown; however, we have identified a probable mechanism.

Our proposal seeks to validate the hypothesis that rare deleterious mutations in MTRR cause the formation of MICC, and to more broadly implicate MTRR in the pathogenesis of other glaucomas associated with similar defects in one-carbon metabolism. Aim 1 will carry out further genetic and clinic studies of  our large MICC family; screen cohorts of unrelated patients with iridociliary cysts; and evaluate the mechanisms by which MTRR plays a role in the family of homocysteine-metabolism glaucomas. Aim 2 will evaluate the ocular characteristics of a known mouse Mtrr mutant. Aim 3 will look for MTRR mutations in human populations with different types of glaucoma. Taken together, these studies will establish the role of MTRR in the pathogenesis of iridociliary cysts, and enhance our understanding of the developmental and genetic pathways that lead to the resulting angle-closure glaucoma.  Intriguingly, our studies may also provide a target for the development of nutritional therapies for a subset of glaucoma patients.

Genetics of Homocysteine Metabolism in Glaucoma 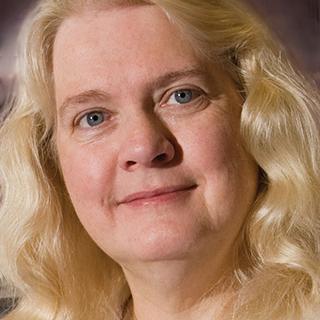