Glaucoma is a disease often associated with increased intraocular pressure (IOP)  that causes blindness when the nerve cells that carry information from the eye to the brain, called retinal ganglion cells (RGCs) die. One particular group of RGCs, called melanopsin RGCs, play a critical role in regulating sleep, mood, and pupil constriction, and it is likely that their function is altered during glaucoma. This project seeks to determine how melanopsin RGC performance and signaling to the brain are altered at early stages of glaucoma, after increases in eye pressure, but before RGCs die. This will help doctors understand some of the earliest signs of glaucoma and may lead to the development of entirely new ways to detect the disease at its earliest stages, and thus prevent blindness.

The goal of this project is to determine how the function of neurons in the retina responsible for resetting circadian rhythms and triggering constriction of the pupil are altered at early stages of glaucoma, before irreversible degeneration of retinal ganglion cells (RGCs).

The retina is an elegant piece of neural tissue comprised of several layers of neurons that capture photons and perform early-stage interpretation of visual information. Rod and cone photoreceptors detect light entering the eye and route their signals through bipolar cells to RGCs, which ultimately carry the information to the brain.  A unique population of RGCs called “melanopsin RGCs” (mRGCs) possesses the molecular machinery enabling them to generate their own light responses that operate in concert with rod- and cone-driven signals received via bipolar cells. The unique nature of their light responses allow mRGCs to support, “reflexive” light-driven behaviors, such as regulation of mood, sleep, and pupil constriction. mRGCs also have been linked to cancer in shift workers and pain occurring during migraines, highlighting their importance to health.

Glaucoma is a disease of the eye that causes blindness when RGCs die. We know from studies in human patients and animal models that glaucoma alters the function of many types of RGCs before the onset of irreversible RGC loss. However, whether or how early-stage glaucoma alters the responses of mRGCs is a mystery. Our lab hopes to solve this mystery by using single-neuron electrical recordings to study the function of mRGCs in mouse retinas with glaucoma. We will test whether early stage glaucoma alters the molecular machinery enabling these cells to generate their own light responses, and also whether inputs received from rods and cones via bipolar cells are altered. The second aim of our research seeks to test whether glaucoma leads to changes in the properties of mRGC signaling to the brain. We will use anatomical techniques in concert with single-neuron electrical recordings and measurements of pupil constriction to test whether early-stage glaucoma alters mRGC outputs in regions of the brain specialized for these reflexive responses to environmental light.

This research is innovative in that is uses a powerful combination of neuroscience research techniques to determine how a subpopulation of RGCs, with well-defined functional roles and targets in the brain, are altered in glaucoma. Although there are upwards of 30 populations of RGCs in the retina, we do not know whether each type is similarly affected in glaucoma. Indeed, some published evidence has suggested that mRGCs might be uniquely resistant to dysfunction and degeneration. Regardless of whether this is indeed the case, or whether glaucoma does disrupt mRGCs, a detailed study of their function will lead to new knowledge about the biological mechanisms determining how RGCs and RGC signaling to the brain are affected by glaucoma.

This project also will provide valuable insights into how glaucoma alters the behavior of neurons in the retina and brain. Such experiments help scientists and doctors understand how glaucoma progresses and shed light on mechanisms that foreshadow RGC degeneration. Moreover, because mRGCs have well-defined functional roles, studies of their function or dysfunction in glaucoma will help doctors understand some of the earliest signs of glaucoma and develop ways to detect the disease at its earliest stages and prevent blindness. 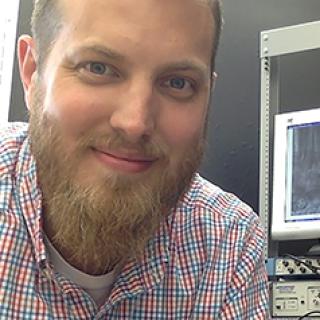