Does the Microtubule-Severing Enzyme Katanin Play a Role in the Pathogenesis of Glaucoma?

The tau protein is known to be altered in Alzheimer’s disease, causing them to form into clusters called neurofibrillary tangles which impair nerve function and contribute to brain damage. Drs. Wood and Casson believe that this process also occurs in the eye in glaucoma patients. By investigating whether tau is altered in models of glaucoma, and whether directly altering this protein can cause a glaucoma-like condition, they will understand the role that this protein plays in this blinding disease. Also, they will block the action of the cutting protein, katanin, to see if this approach prevents glaucoma-like nerve damage. Upon completion of the proposed experiments, they will have better understanding of whether tau plays an important role in this disease, and whether they have discovered a new way to treat glaucoma patients to prevent them from losing their vision.

Dr. Wood is currently investigating cellular mechanisms responsible for eye damage in glaucoma. The proposed studies will focus on the role that two proteins, tau and katanin, play in this process. Both proteins will be affected by chemical changes in the eye which occur in glaucoma due to changes in pressure or blood supply. Also, both proteins are present in ganglion cells, which are the cells sending visual signals to the brain through the optic nerve, the cells actually affected in this disease. These proteins therefore represent excellent targets for investigation of key players in glaucoma.

The tau protein assists in the movement of specialised cellular contents along the support structure fibers of the optic nerve, called microtubules. Chemical changes to tau, called tau hyperphosphorylation, which Drs. Wood and Casson’s team has shown occur in their experimental model of glaucoma, cause tau to detach from the associated microtubules (which are the tracks along which transport occurs). Such “tracks,” which have been thus depleted of tau, become sensitive to the microtubule cutting protein, katanin. The first two parts of this work will determine the changes in activity which occur for both tau and katanin in models of experimental glaucoma and ganglion cell damage. The third part of this work will focus on using molecular techniques to both stop these changes and consequently prevent cellular damage in their animal models of glaucoma.

Changes in tau protein activity are thought to represent a key event underlying brain degeneration in Alzheimer’s disease. Katanin is also likely to play a role in Alzheimer’s. By identifying that alterations to the activities of these two proteins also occur in the eye in glaucoma, Drs. Wood’s and Casson’s team will be able to provide a new and clearer link between these two debilitating diseases. Furthermore, since it is beginning to emerge that similarities exist between the cellular events underlying both of these diseases, approaches used to prevent brain degeneration in models of Alzheimer’s disease can be applied to their models of glaucoma. One such approach is proposed here. They therefore hope to reveal data which will lead to novel treatments for glaucoma.

The novelty in this work comes from obtaining known information about Alzheimer’s disease and relating this to glaucoma. There have already been some suggestions that there are links between these two diseases, but Dr. Wood’s team has identified that tau changes, characteristic of Alzheimer’s disease, also occur in glaucoma. By linking glaucoma to both tau and katanin, they will be identifying a set of valid and novel targets which could prove vital for treatment and prevention of this blinding disease.

Does the Microtubule-Severing Enzyme Katanin Play a Role in the Pathogenesis of Glaucoma? 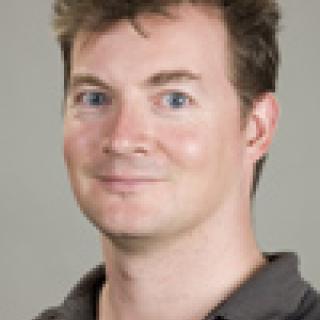